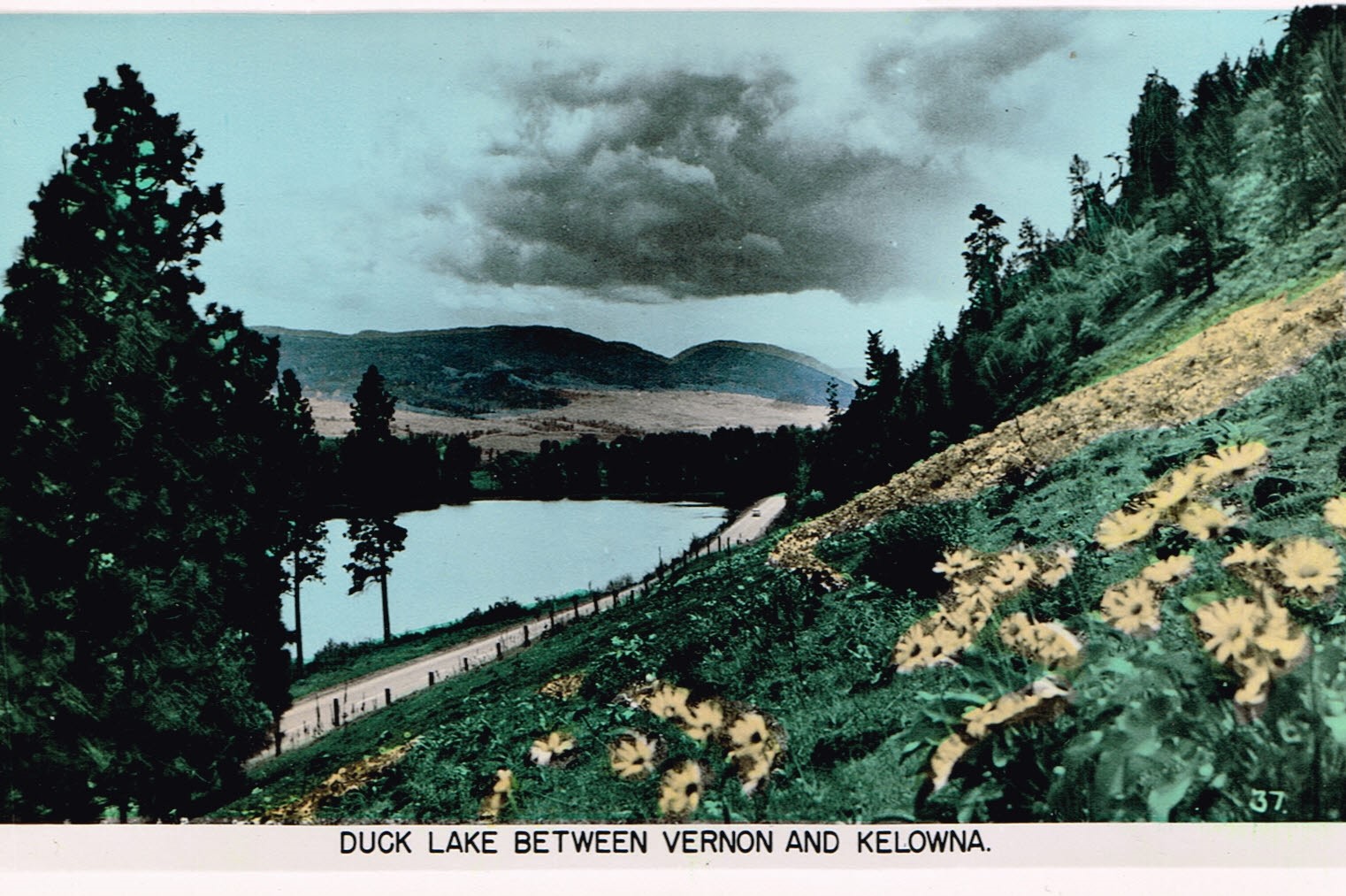 From the collection of Bob Hayes

Note the “sunflowers’ – official name being “arrow-leaf root balsam” – in the foreground of this postcard and the classic Okanagan sky.  Black Knight Mountain (now known as Black Mountain) is partially visible in the background. These beautiful flowers, native to this area, are a sign that spring has definitely arrived with summer not far behind.

Sending postcards has long been a popular hobby, serving as a reminder of time spent in holiday destinations such as the Okanagan Valley. The hobby of collecting and studying postcards came to be called “deltiology” after 1945, a hobby that involves searching for information about the card – perhaps identifying the photographer or the publisher. Little is known about this particular photograph but a close examination suggests some enhancement or touching up. The photograph was taken in late April when the sunflowers are in bloom but the Cottonwood trees along the south shoreline of Duck Lake appear to be in full leaf. The coloration of the photo is dark and a little foreboding, not an ambience that one would expect if the goal was to attract tourists. The road has obviously been enhanced to become the colour of Oyama shale. The lone vehicle seems to be creating no dust, unusual for traffic on a dirt road at the time.

Much has changed locally since this postcard was produced, probably in the late 1930s or early 1940s. When this photo was taken, the highway was still not paved and traffic was very light.