John Brixton, commonly known as the Colonel, was born in 1870 in England. He led a life full of adventure, leaving behind an incredible story.

At approximately 16 years old he jumped on a merchant ship, the S.S. Sarmatian, headed for New York, where he would join the US army. He did not agree with the displacement of Indigenous populations from the Dakotas to reservations that the US army was enforcing so he went AWOL in 1890, the same year he joined. The Register of Enlistments for the United States Army indicated that he “Des. May 6/90”, suggesting he deserted. This is when he changed his name from Mark Ellis, his given name, to John Brixton. The surname “Brixton” was supposedly chosen because of the Brixton Prison in London.

In 1900, he enlisted in the Canadian army based out of Vernon to fight in the Boer War. He fought in South Africa for 3 months with Lord Strathcona’s Horse. For his service he was awarded a medal from the Queen in 1901. The irony being he had to return to the life he was trying to escape in England to the Buckingham Palace, where his father had been a musician for the Royal Court.

After the Boer War, he returned to his homestead on the West side of Okanagan Lake in Nahun, across from Okanagan Centre. In 1907 his to be wife, Bertha Redsull, moved to the West side from England, with quite the culture shock. Within a year of moving to Nahun, Bertha married John Brixton. They lived a simple life growing fruit such as apricots, which would be sold and transferred by the S.S. Sicamous down the lake, until World War one Broke out. John tried enlisting in Vernon, where he was told to be “homeguard” rather than go overseas, due to his age. Instead, he joined the Canadian Mounted Rifles, where he took 4 years off his age to join to be able to go overseas.

Throughout his life, he had three names, served with three armies, and built a homestead in Nahun, eventually moving to Okanagan Centre in 1932. Although he lived in a life of fear of being caught for deserting the US army, his story survived and is told and laughed about today through his relatives.

A special thanks to his granddaughter, Eleanor Geen, for sharing his story. To hear more local stories like this, make sure to make your way down to the Lake Country Museum and Archives for a guided tour from one of our volunteers! 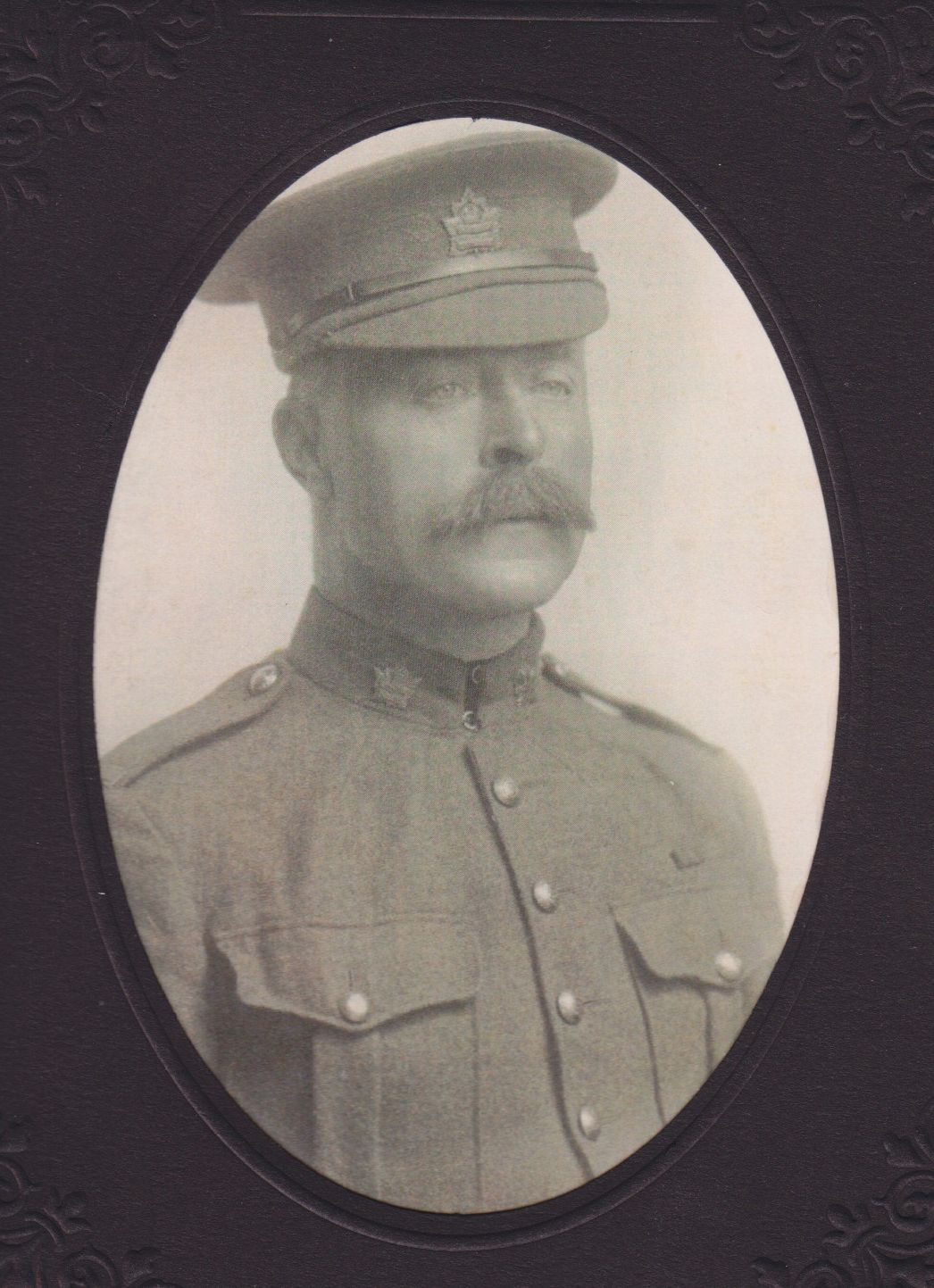