Two Gibbons brothers, Harry from Ellison and Clare from Okanagan Centre went into partnership to establish OK Sawmills sometime shortly after 1940. The brothers operated their sawmill at a number of locations on the extensive forested slope south and east of Kelowna, moving every few years to another cut lot or “limit” leased from the provincial government. One of the mill sites was at Canyon Creek, where the accompanying photographs were taken. The photographs are from the Harry and Orma Gibbons Collection at the Lake Country Museum. A good deal of my information comes from an interview with Richard Gibbons, who personally visited many of these mill sites with his father, Clare Gibbons. A blog by Richard accompanies this article.

The first photograph shows Harry with his team having just delivered large diameter logs to the log yard, really just a clearing in the bush. Notice that it is a wheeled sled on which the front end of the logs rested. 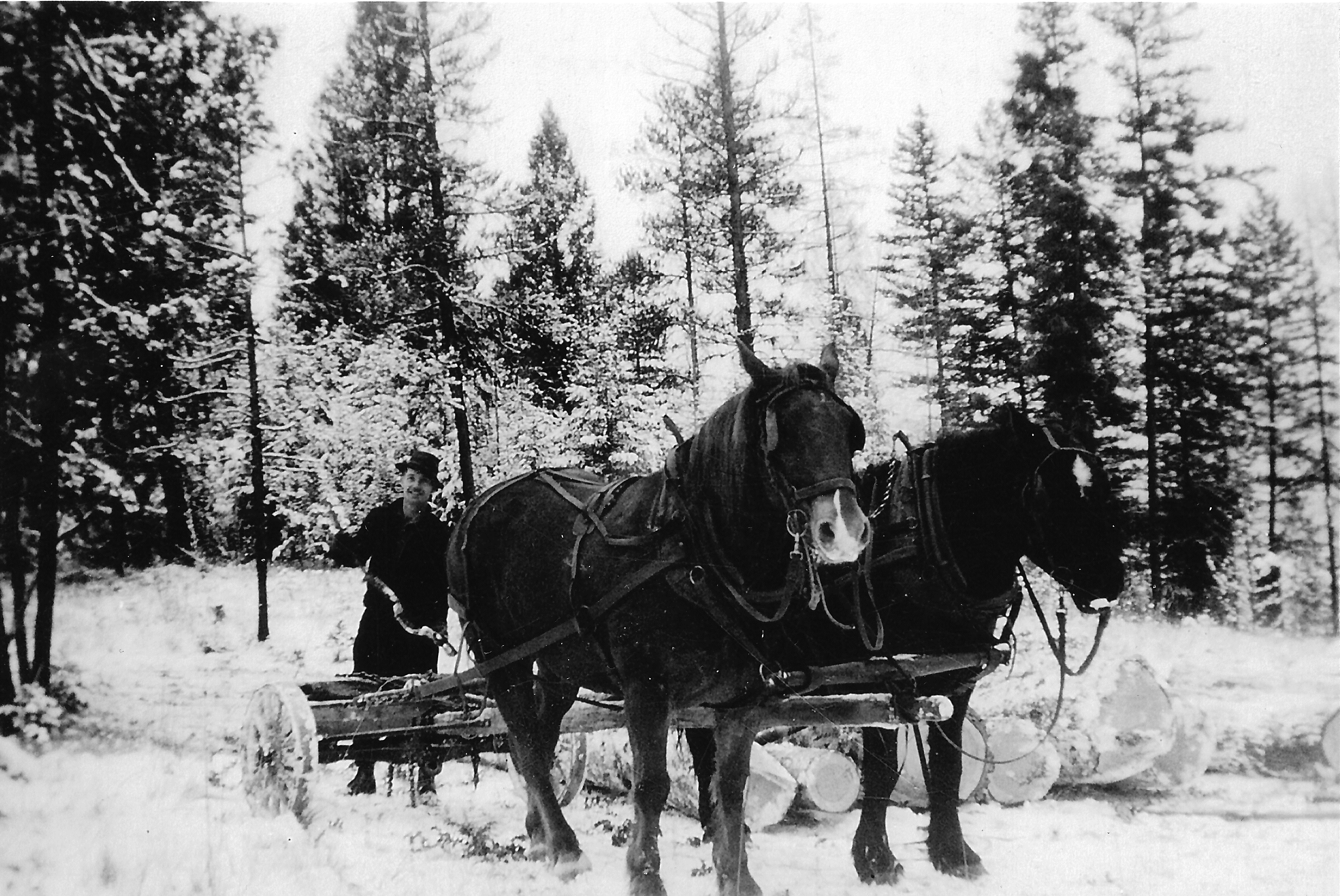 The next photograph is of a newly loaded OK Sawmill’s Mack truck readied for hauling a load of large logs, either to their own or to another sawmill. Richard tells me that he never knew of OK Sawmills selling raw logs, but they may have done so for two reasons. Firstly, the head saw of their small mill may not have been large enough to handle logs of this diameter. Secondly, these large logs likely fetched a premium price at S. M. Simpson’s box factory where knot-free pine lumber was in demand for shook production 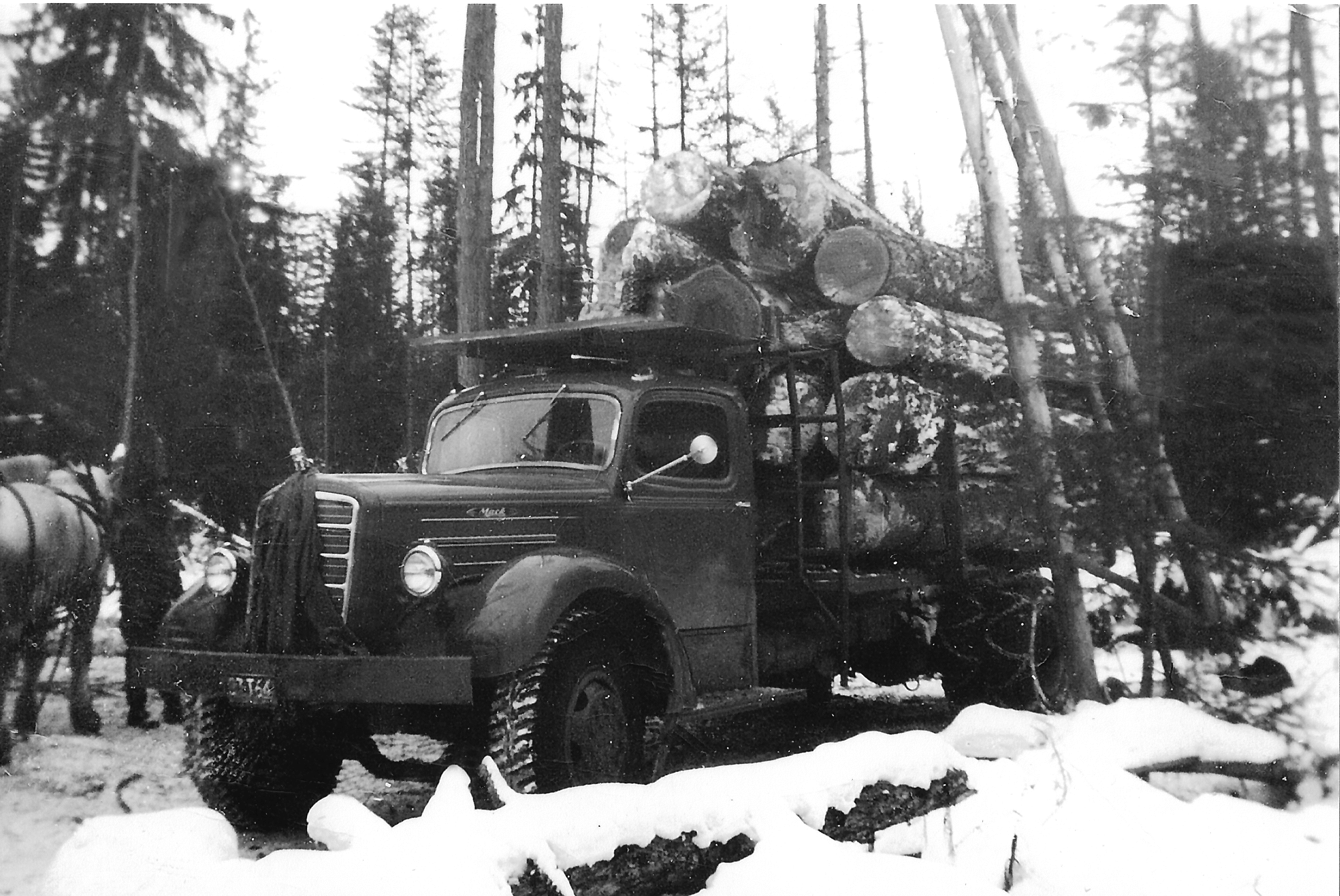 The loading process is not made clear from the above photograph but the accompanying diagram drawn by Don McNair is instructive. As the team pulls away from the truck, the log slides up the inclined plane and onto the top of the load. All of the elements are apparent in the photograph. The apparatus leaning against the truck and load was, I think, called a “jammer.”  The load is complete and chained down for transport. The team of horses, having finished the job, are standing off to the side.

One question remains: What role, if any, did the two standing and limbed trees on the far side of the truck play in the loading process? 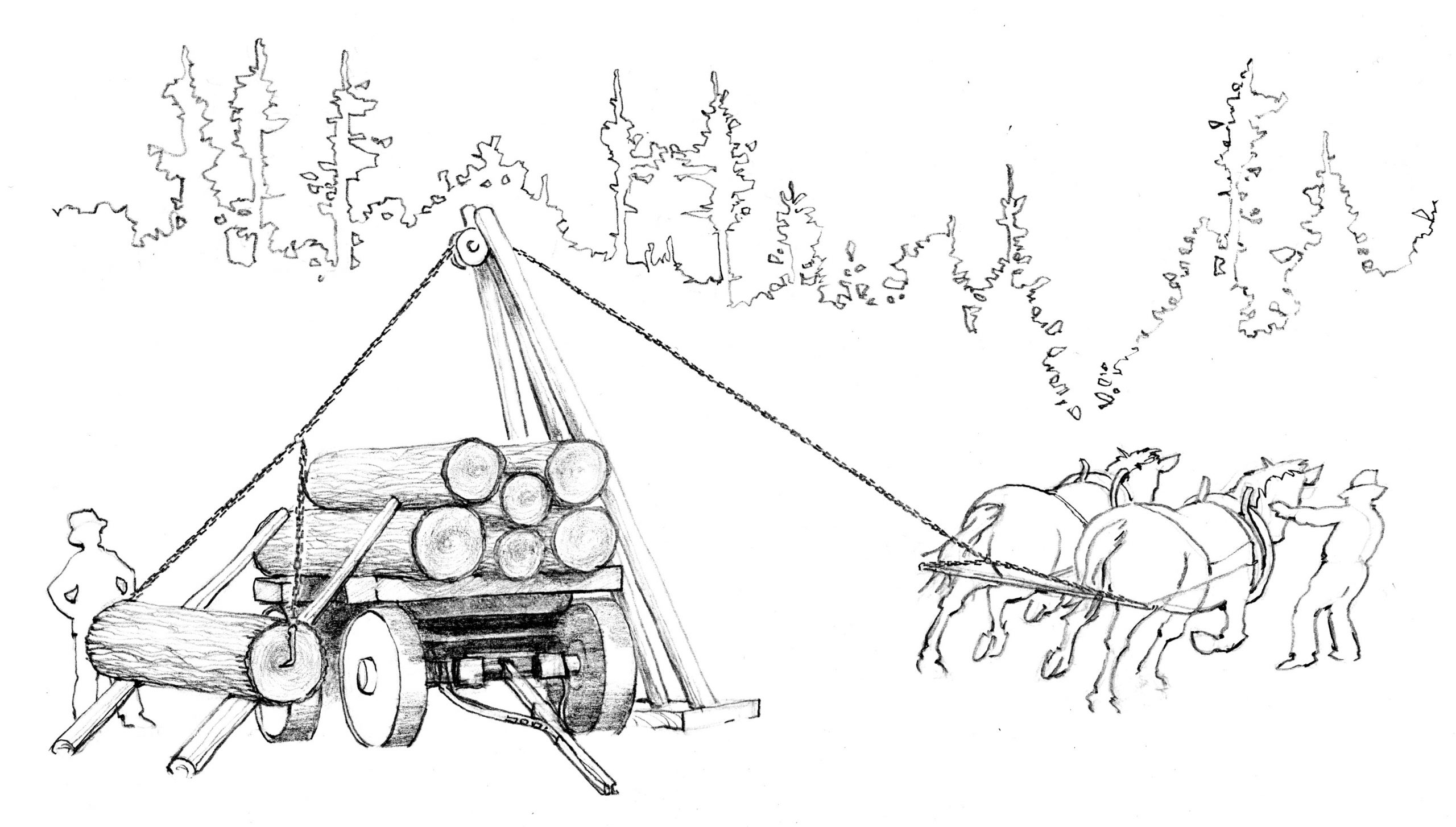 Any reader with further practical knowledge of the loading operations or in possession of logging photographs is encouraged to contact the Lake Country Museum.