Skip to main content
Here are some pictures of one of the oldest and original houses in Okanagan Centre still in existence. This home at the bottom of Camp Road was built by a German immigrant builder in 1889, so we were told, who shortly thereafter returned back to the old country.
The home was subsequently owned by several generations of the Kobayashi family, the original Japanese immigrants. Descendants of the Kobayashi family still live in the area. The house thereafter stood empty for over a decade. The Kobayashi house, as it is now popular known as, was owned by several different families. It was gradually remodeled and improved over the years. The last significant modification was done by the present owners. The Houston-Palma family are also long time residents of the area. Most of it’s original character and shape were kept intact. Especially the interior has maintained it’s 1920’s style timeless allure. Interesting enough, the last additions and improvements were finished also by a German builder. The builder was able to maintain the prominent “Dutch-hip” style roofline, a prominent feature.
The hundred year old Ginkgo biloba tree now towers over the two story home and is one of the largest and oldest of it’s species in our province. This is a male species, as the female Ginkgo trees are not desirable due to its rotten fruit like smell, and hence the species almost went extinct. This is a primitive tree, remotely related to ferns & roamed the earth at the time of the dinosaurs. This tree existed before bees came on the evolutionary scene. Therefore these trees do not need to be pollinated. The house also features the original wisteria seen on the old pictures, which was carefully scaffolded away from the house during the last massive renovations. One of the original bath-outhouses still exists but was recently moved to the back of the property.
A heritage dedication ceremony is planned hopefully for later this summer.
Submitted by Dr. Peter Palma.
Kobayashi house, Okanagan Centre. 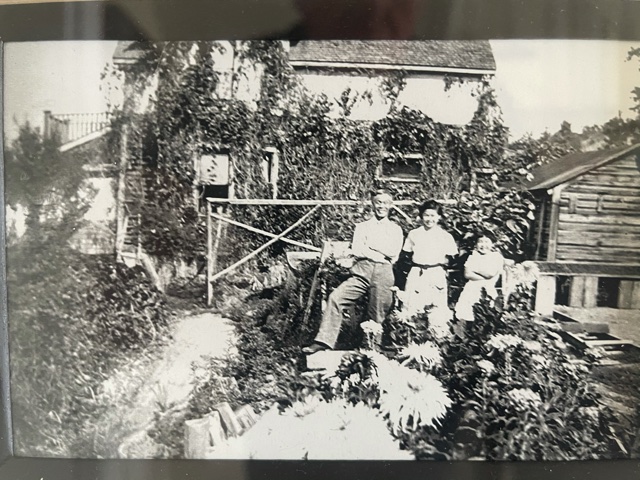 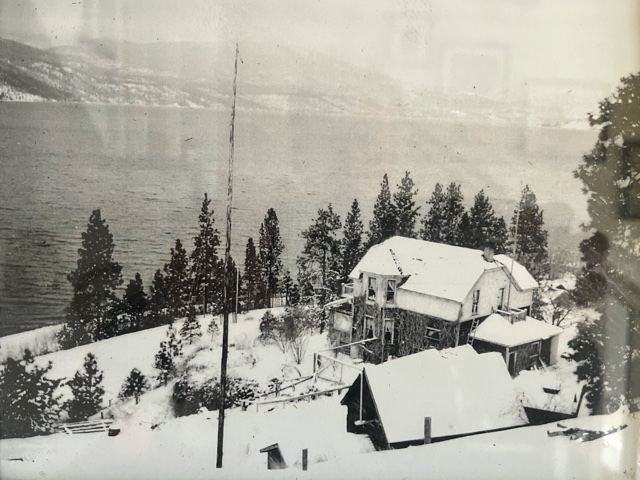 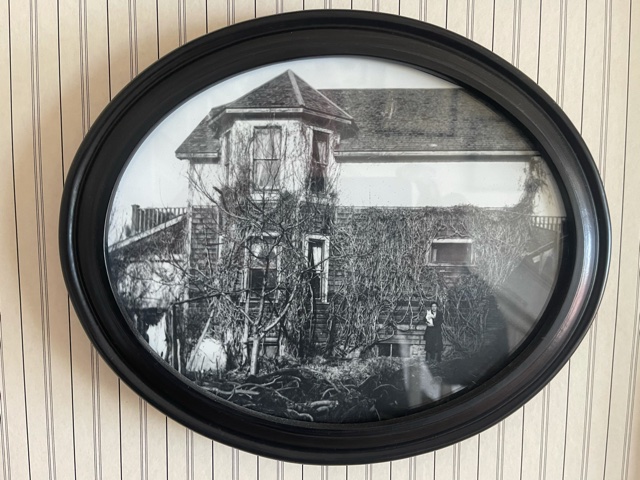 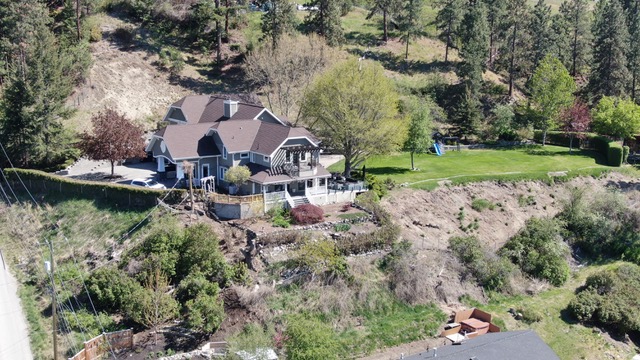