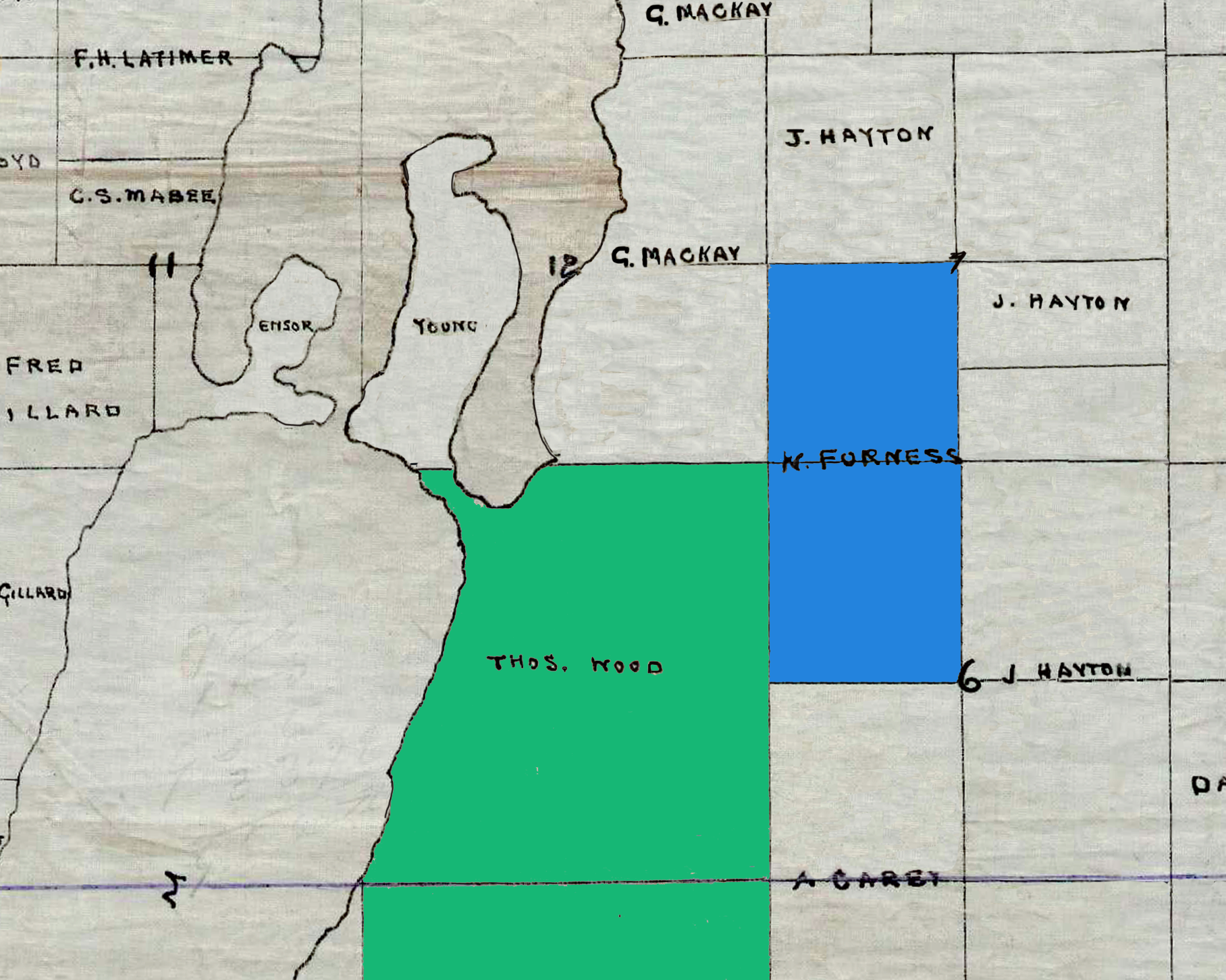 William Furniss married Almira McCluskey about the time that he purchased and moved his new family to the V Bar V Ranch. One son, 17-year old Herbert, died in 1899 from a hunting accident on the ranch. The other two oldest boys, Ernest and John, were living and working on the V Bar V in 1901 along with their sister, Maud,[1] while Almira Furniss and her younger children lived for some months of the year in Vernon, for schooling purposes.

Furniss received a Crown Grant for NW ¼ Sec 6 and SW ¼ of Sec 7, Tp. 10 on 9 Sept 1903. He likely paid for his Crown Grant in order to sell the ranch because he moved back to Vernon in 1903, where a number of the older children found work at the S. C. Smith Sash and Door factory. Another son, Frank McCluskey, died in 1911 in a hunting accident on the Commonage and William Furniss died in Vernon in 1912. Most of the surviving McCluskey children settled and worked in the Vernon-Lumby area.

[1] These three McCluskey children were double-counted in the 1901 census, as they were also listed as living with their mother in Vernon.