These days Canada Day celebrations are heavily promoted and generally well attended and we can expect some large crowds at celebrations at Canada’s 150th birthday. However, British Columbia has not always had a harmonious relationship within Canada. Confederation is 1867 was an arrangement between four colonies on the eastern side of the continent – Ontario, Quebec, Nova Scotia and New Brunswick. Even these original signatories had second thoughts about the union and it wasn’t until 1873 that Prince Edward Island was gathered into the fold.

The Colony of British Columbia had a much different history than the eastern colonies but it entered the union in 1871 after a few days of negotiations with the Government of Canada. The terms of union featured, among other things, a promise to build a railway across the continent to connect BC with eastern Canada – to begin immediately and to be completed within ten years. It was not until 1885 that the Canadian Pacific Railway was completed and more years before bickering over the various terms of union ended.

It is no wonder that as late as 1892 the residents of the Okanagan Valley did not feel particularly “Canadian.” One indication of this comes from a letter written by Charles Mair, a newly arrived prominent Canadian poet living and working in Okanagan Mission. Mair was a founding member of the “Canada First” movement. He was determined to help create a national literature and to that end he wrote long narrative poems celebrating Canada’s history. Mair was a keen observer of local public sentiment on the issue of Canada.

Following is an excerpt from Mair’s letter to his brother-in-law in Toronto, describing his new home.

… The valleys spread everywhere among the mountains, this Okanagan Valley being the most extensive in the province. They are not large, but are very productive. Every kind of fruit matures here except oranges & lemons & I fancy they will ripen too. The almond tree is in full bearing & melons, mush and water, Cantaloupes, etc. are fed to pigs. I never saw such hops as are grown on the Aberdeen Estate — only planted this Spring. What with fruits, fine vegetables such as tomatoes, hops, vines & wine-growing, this region will be a[n] exceedingly rich one. The one draw back is that a lot of political shysters at Victoria and old chaps who packed in over the mountains from Oregon & Washington have got hold of all the best land, both bottom and mountain. These people know nothing of Canada. In fact, they deride everything Canadian and the sooner the country is municipalized the better so that they may be forced to sell to better men.

One thing I am satisfied about [is] that this Country will support a very large population yet, for the area is great, and it is important that Canadians should come in. But they must have plenty of money. This is no country for a man without means. Bottom lands sell at $60 an acre, and mountain (range) land in proportion. But on the other hand a family can not only live but make money easily on 20 acres of good bottom or bench land here. The mining enterprises springing up make an easy & good market right at the door & there is the whole North West to supply with fine fruit etc. It will be a very rich Province, but it must be Canadianized. It is not that yet. The feeling is “British Columbia”, — first, last & always, & the people know nothing of the mixed farming industries of the East. There are thousands of cows & no butter or milk. Butter is all imported. Milk is tinned. But I have not time to go into matters. I may say there is no politics here, which is a blessing in one way. You never hear the word Canada, and you never hear the word “annexation.” It is a province sui generis [unique], each valley with its little secluded community, shut off until yesterday from the outer world, and resembling, in some ways, the Swiss Cantons.1

British Columbian sentiment towards Canada has changed considerably since 1892, the result of two world wars fought alongside other Canadians, emancipation from the British Empire, liberalization of social attitudes, an evolving sense of Canadian citizenship, and pride in our place in the world. 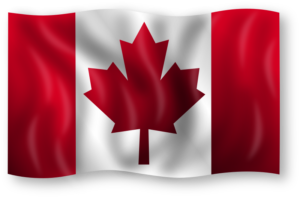