Joseph Hayton was the third owner of the V Bar V ranch in Oyama. Hayton Creek and Hayton Road are named after him. He was born near Ventnor, Isle of Wight to George Hayton, Rector of Niton, and his wife Ellen Louisa (Chadwick) Hayton. He immigrated to Canada from England at age 19 on 25 April 1895 aboard the Laurentian. He must have returned to England because he enlisted there and served from 1900 to 1901 with the British South African Police and Loch’s Horse during the Boer War.  He likely arrived back in Canada in 1902 to purchase the V Bar V Ranch from William Furniss.  In 1905 and 1906 Hayton successfully completed his Crown Grant applications on adjacent lots, greatly enlarging the acreage of the V Bar V. He traveled to England in 1908, returned, and settled down on the V Bar V. In the 1911 Canada Census he was listed as a single male with no hired hands. 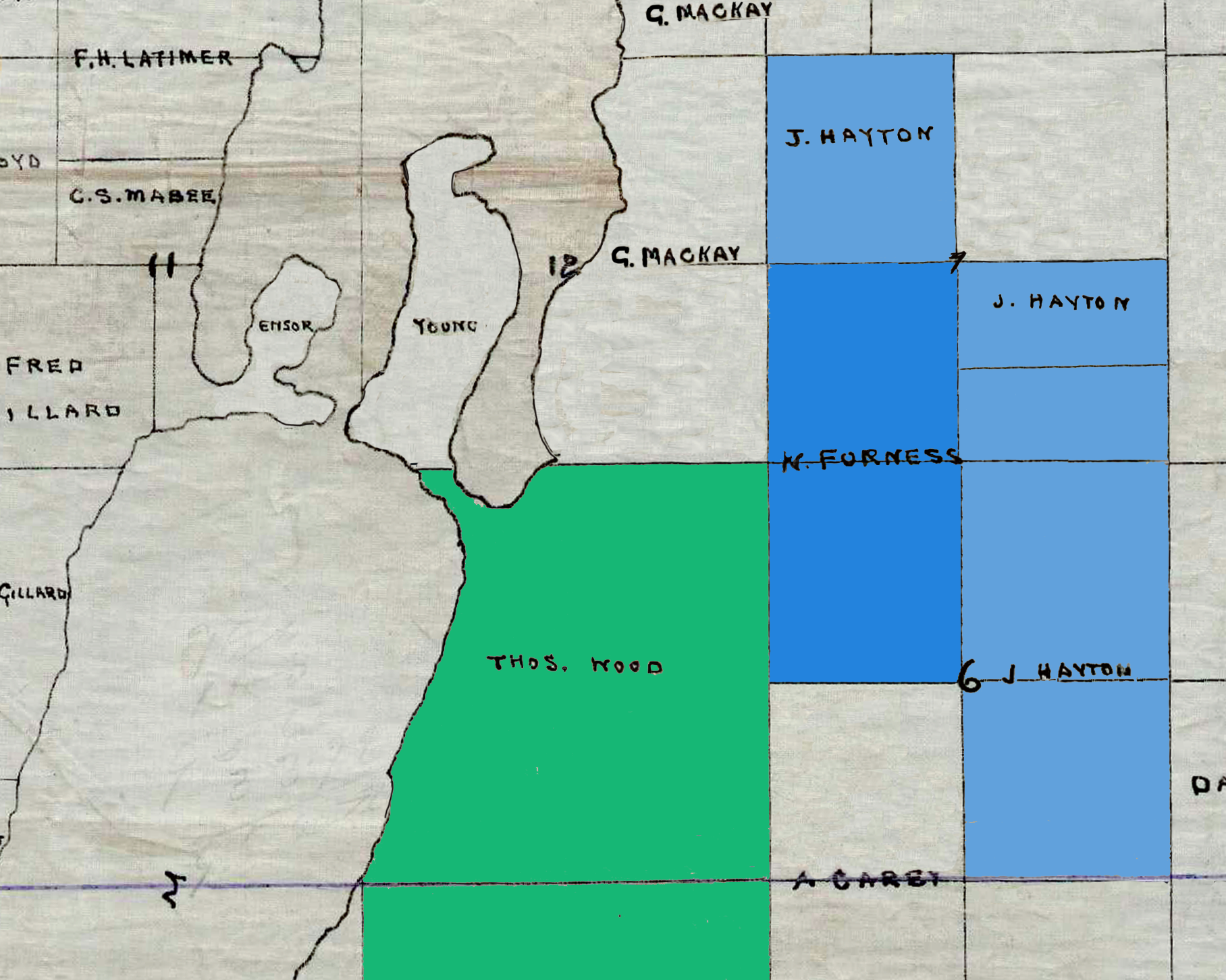 Hayton sold the V Bar V on 17 October 1912, although he returned for a visit in November of that year.  He “went off to Australia” shortly afterward, arriving aboard the Oronte in Fremantle, Western Australia from London on 19 August 1913. Australian records show him enlisting in Battalion 11, Infantry in the Australian Imperial Army on 17 August 1914, listing his occupation as “cowboy.”  His army record extended to 1919 but he may not have seen active service because he was already 39 years of age in 1914.  Army service must have been important to him as his gravestone is adorned with the insignia of the Australian Imperial Force.

Hayton’s domestic life is traceable through electoral rolls for Western Australia. Beginning in 1917 he is seen living with Adeline Lois (nee Hawkins) Hayton in Western Australia.[1] In 1917 he and Adeline lived in Bonny Downs where he was employed as a “station hand.” In 1925 he is listed as a farmer on Goomarin Farm in Burracoppin, in 1936 they lived in Darlington, and in 1954 in Fremantle. The retired couple traveled to England in 1950. Joseph died on 5 October 1958 at age 82 and Adeline died in 1961. 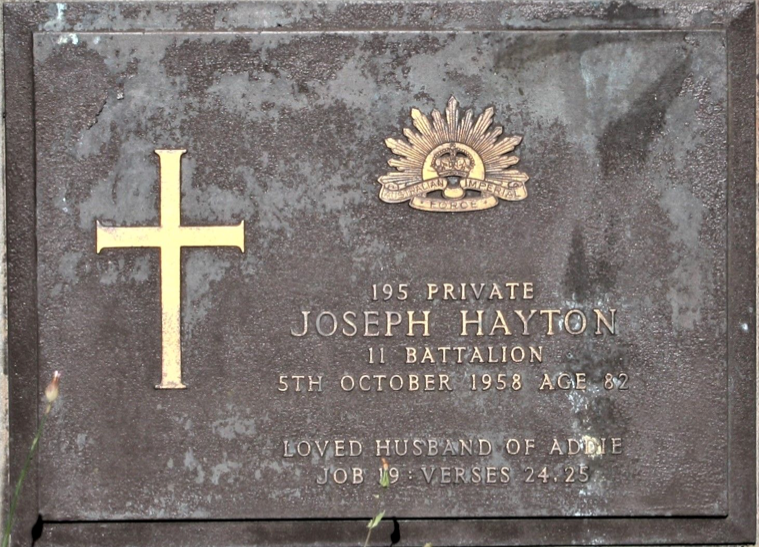 [1] Adeline was apparently separated from her first husband, George Henry Corringham, as early as 1911. The Hayton’s did not register their marriage until the death of George Corringham in 1941.