On Saturday, May 27th, Lake Country Museum Director Bob Hayes was presented with a Certificate of Recognition by Jane Watt, President of the British Columbia Historical Federation (BCHF). This certificate, one of three awarded annually by the BCHF, was presented to Bob at the BCHF Awards Banquet, held at the Coast Hotel in Chilliwack. Bob was nominated for this prestigious award by Wayne Wilson, former long time Executive Director of Kelowna Museums. The BCHF award reads as follows: 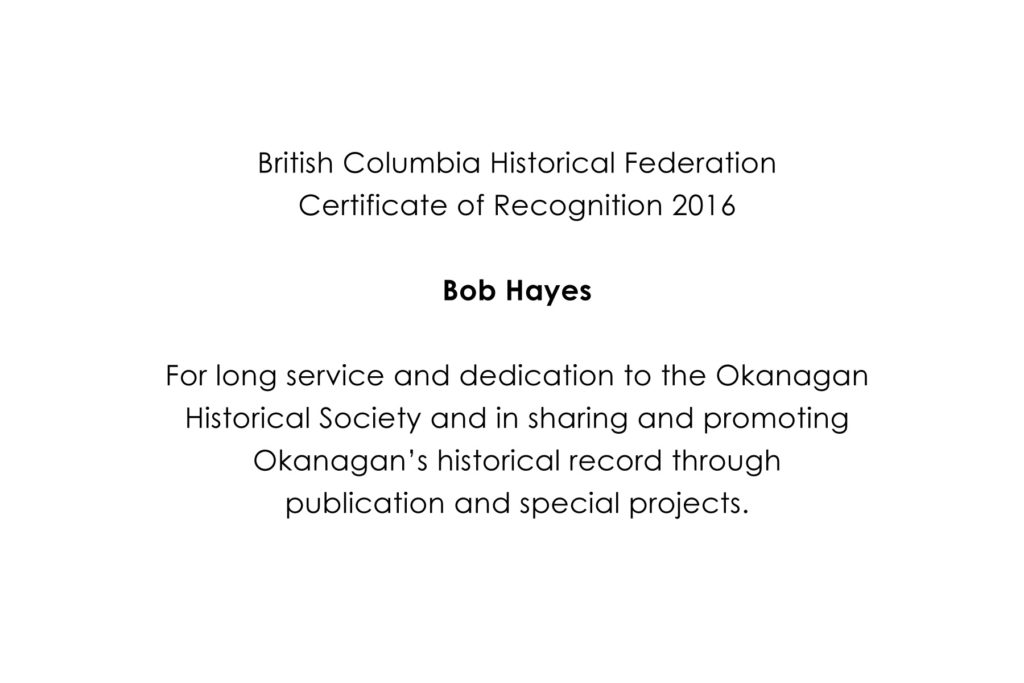 Bob was very honoured to receive this award and was accompanied to the Awards Banquet by his sister, Betty-Anne Cornock.

Bob’s involvement helps generate a keener understanding of who we are by delving into our past. For more than 40 years Bay Hayes has provided both leadership and wise counsel as we unfold the layers of our city and region.2

The Board of Directors of the Lake Country Heritage and Cultural Society also recognize Bob’s lifelong contributions to the historical record of the Okanagan Valley. We are fortunate to have Bob Hayes on our Board.