Dorothea Scott-Coward was a British woman who came to Canada in 1912, to visit a cousin, John Stokes, in Oyama, BC. In her first year she taught school in Okanagan Centre. While visiting her terminally ill cousin, she met Robert Allison, and the couple married in December 1913. A number of her letters written to her sister, Emily, between 1913 and 1922 have survived and provide a very informative social history.

Her first letter is dated June 27th, 1913. Below is the typescript as well as a copy of the manuscript:

I have today received your letter of May 23rd (the quickest any of yours have come!) & the photo of the babies with Robert. I do like it & what a dear old thing Robert looks. Everybody here says “What a nice fellow.” But my dear how determined both your blessed Pledges look. I begin to think you will be bossed in your declining years. You say again you hoped for a letter from me but did not get one. You never seem to get any of my letters. I wonder if the last one via Mother has reached you. I hope Mother has sent off the spoons for the babies’ birthdays — tho I fear they will be late for Peters birthday two years old poor lamb!

It is almost the anniversary of my starting out to this country. Tho I have had some fairly stiff times — I have never a moment regretted coming, the only time I was at all wretched was my first few weeks with John. poor boy his health makes one forgive him everything, he is dreadfully ill really, I hardly think he can recover. You know the people out here don’t look upon him as quite a sane person. Keep this to yourself. I have been careful to say as little as possible about him in my letters. He is far more quarrelsome than Ro & only people like my Bob — (who are very few & far between) & who are too big in body & mind to trouble themselves about his lungs & only pity his unfortunate state — put up with him. He has always meant to be kind to me — but oh how patronizing in his ways!

Yes Judy is growing into a Beauty. She wrote & told me to write quite frankly to her about John but to use my judgement in what I said to his parents. As a matter of fact I have not spoken frankly (all I know about J!!) to any of them tho lately I have written openly to Aunt May about his health. I thought it only fair. I hope he won’t hear I have done so!

It makes me tingle with shame to hear of Ro running up bills & treating them like that & having all the relations (probably) gossiping about the Cowards wanting help. Oh I’m so glad I am independent. But I am rather sorry — tho it is nice of them. Uncle Phil sent me back a cheque as he did not want me to pay back my fare. It is playing the fool to send it again. But I shd [should] have been happier had they kept it under the circumstances.

You are a darling girl to send me a silk kimona. I shall be so glad of it & it sounds so pretty. I think I shall like Peach for a change from blue.

My dear Em, my big Bob has been very insistent & he is such a great Man. He wants to have a ring make out of a nugget he dug himself out of the Klondike in the Great Gold Rush. And he has built his house with his own hands & will put a veranda round it for me if I will marry him. His father was a Doctor in North of Ireland so he is Irish Protestant — tho much too long out in the wilds to have any prejudices. I forgot to tell you his name: Robert Allison. Called Bob. Over 6 foot, light coloured & bone-y. But please keep all this to yourself for the present. I tell him I may want to get out of it yet!

It seems feeble how I am independent & in such a good “posish” to give it up & become a ranchers’ wife? But I know I am lucky for such a “straight” fine manly thing to like me at all. If the crops are good, he wants it to be in November. Everything here depends on the apples, peaches & tomatoes!!

I have a letter from Lucy Wray to say she was at Fresole. Mrs Mc in her “most talkative mood & gay as a lark.” I have also had a very nice letter form Mrs Mac herself who never once mentioned herself [but?] full of [indistinct] & her illness. 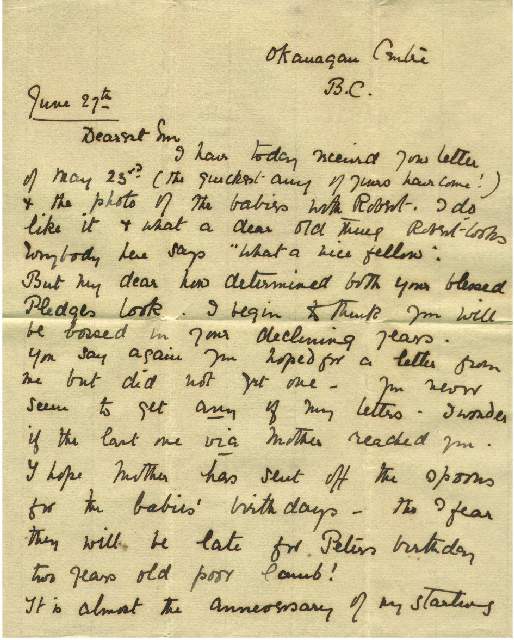 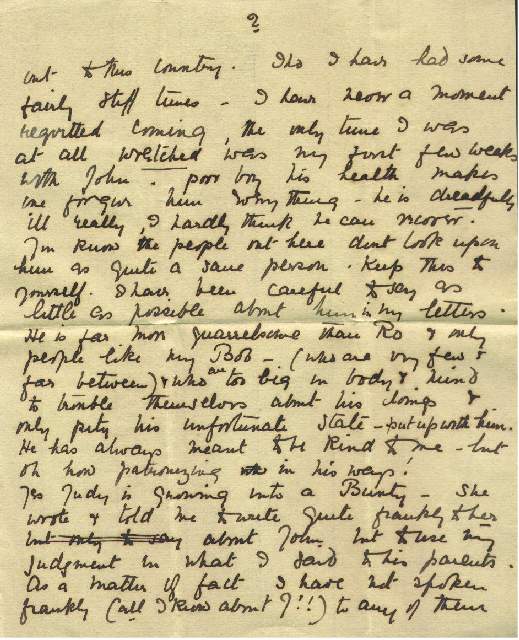 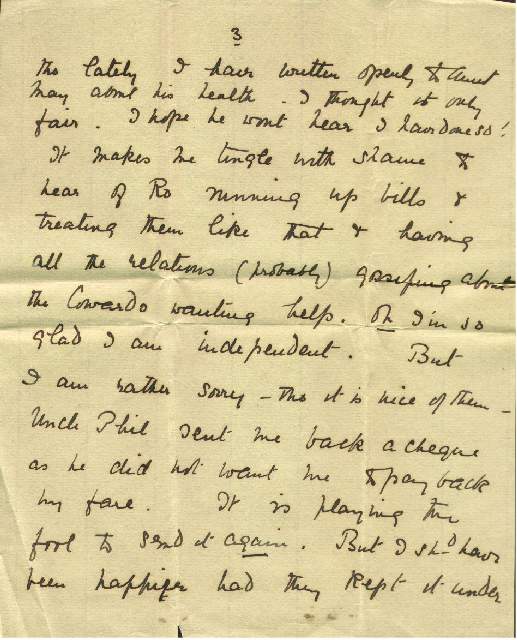 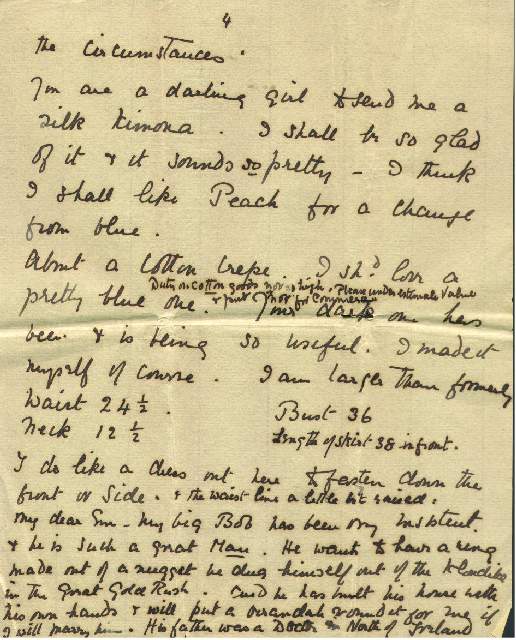 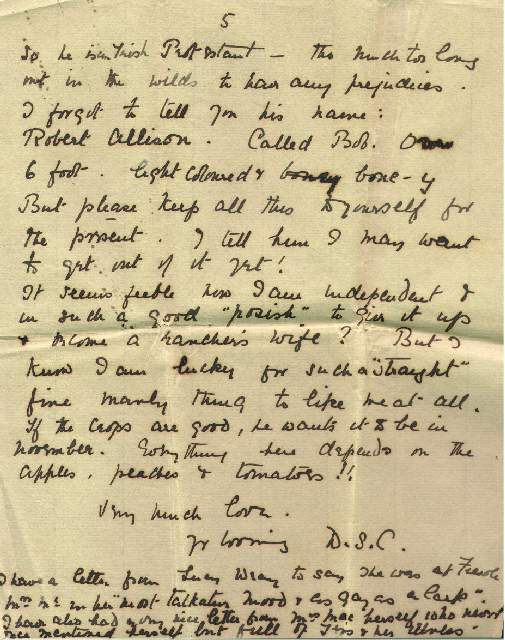 These letters (typescripts and manuscripts) were originally published on the Royal BC Museum’s Living Landscapes: Thompson-Okanagan website. The Lake Country Museum has been authorized to transfer them to the LCM website and the full collection will be added as time permits.