The Lakeshore Garage was built by E. Swanson in 1947. It was later owned by Al Nagel and taken over by his son, Randy, in the 1970s. After that the building was leased to Alvin Meyer. The last gas was pumped on December 19, 1987. The garage was demolished when the highway was widened. 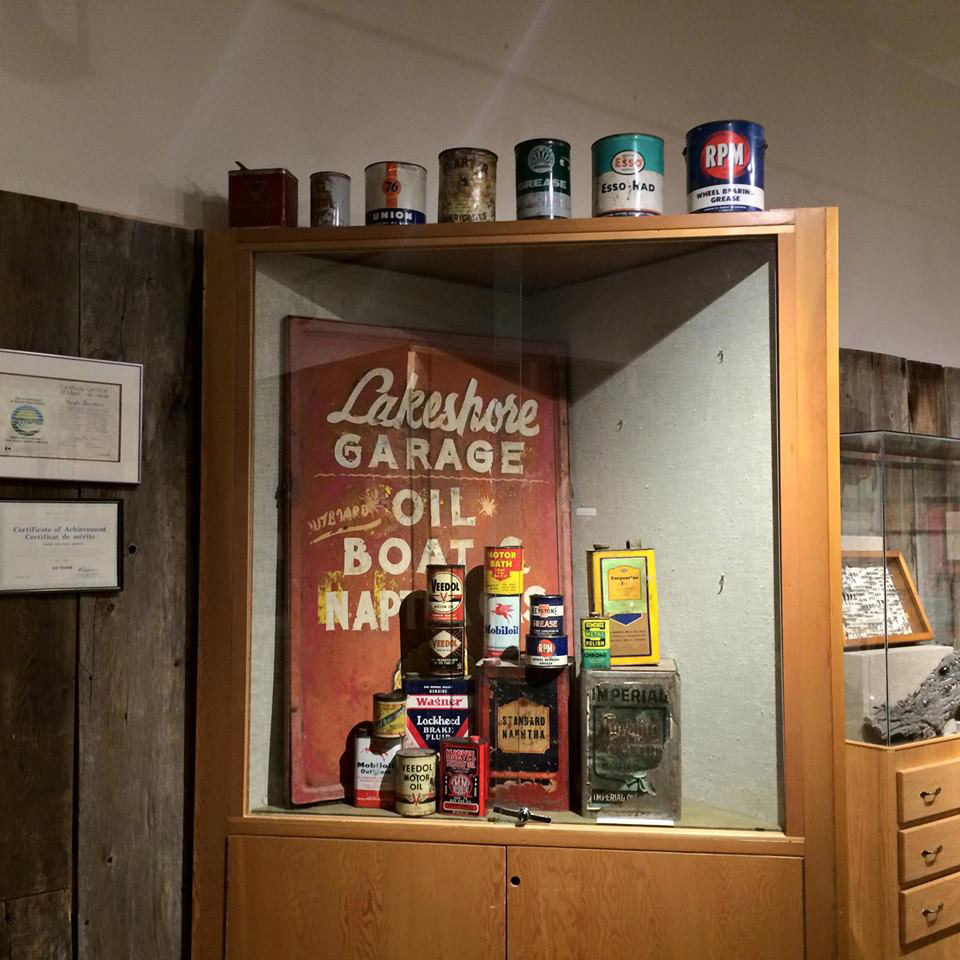 One can view artifacts from the Lakeshore Garage which are on display in the Nellie Carter Room at the Lake Country Museum and Archives.

1 Photograph courtesy of the Lake Country Museum and Archives.