[On May 24, 1918] the “Act to Confer the Electoral Franchise upon Women” was passed in Canada. All of the provinces followed in quick order except for Quebec which did not give women the vote until 1940.

Women who are British subjects, 21 years of age, and otherwise meet the qualifications entitling a man to vote, are entitled to vote in a Dominion election. In effect January 1, 1919.1

Locally the discussion on whether or not women had the right to vote had been held often and early in Okanagan Centre and recorded in the Vernon News of March 17, 1910, under the title OKANAGAN CENTRE INCIDENTS (From Our Own Correspondent):

The last debate of the season took place at the Westbury Hotel, and was certainly not the least interesting of the course. The subject was “Should Women Have Votes?” and we were gratified at seeing more ladies present than usual. Briefly the points were, that suffragitis was a disease that required firm treatment, and although the militant sisterhood seemed somewhat justified in some of their methods, their extreme actions were strongly resented by woman-kind in general. It was pointed out that there were no professions or businesses closed to women, that they acquitted themselves equally well with men, and deserved the right of voting if they claimed it, but the fact remained that the great majority did not desire it. The intellectuality of women was cordially acknowledged, also their gift of “intuition,” but this latter was pointed out as against their sitting in parliament, as legislation passed without due consideration of the pros and cons would be fatal to the welfare of any nation. It was felt well to leave these matters to the good sense of women themselves, for if they were unanimous in claiming the vote, they would certainly get it. 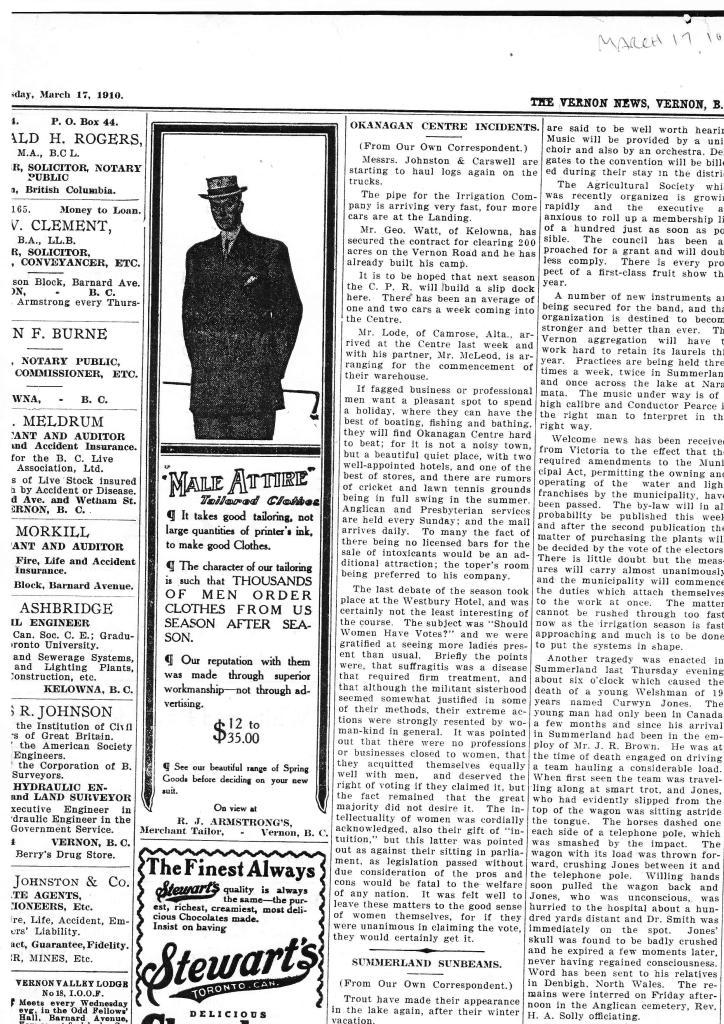