Skip to main content
The Okanagan today is identified with beaches, orchards and vineyards, rather than the Wild West. However, this letter, written in 1910, is a glimpse into the Okanagan’s frontier past.
James Goldie, manager of the Rainbow Ranche in Okanagan Centre, was questioning George C. Goulding of Rainsford Ranch, Long Lake, as to why a stud fee needed to be paid before knowing whether the mare was in foal. Goulding, an Oyama fruit farmer who had his ranch near Butterworth Road, was forthright in his reply:
Dear Jim.
Your letter of the 14th inst received. With regard to the mares, stud fees and so forth, I will endeavour to explain.
I think you will find upon inquiry that every stud horse in the Valley, that is one that is a horse is charging a cash payment of some kind at time of service, this is not only to protect the horse himself but also to help pay his way in the matter of feed bills. For instance, both your big mares were served three times. Now if they did not catch it is not the fault of the horse – he has knocked up all the mares he has served. If you had bred mares to Eli Johnston’s horse or Walter Gardner’s Percheron it is a $10.00 spot cash proposition to start with and the balance due is paid up or demanded to be paid up before a man has a chance to see whether his mare is in foal or not. Hayton charges $5. in fact everyone has some kind of means of helping out expenses as a stud is about as expensive to keep as a “pet whoar”.
I still have the Godwin mare. I wrote to him the other day but have had no reply as yet. He sent her over so late in the season that I cannot say whether she is in foal or not.
Yours sincerely,
George C. Goulding 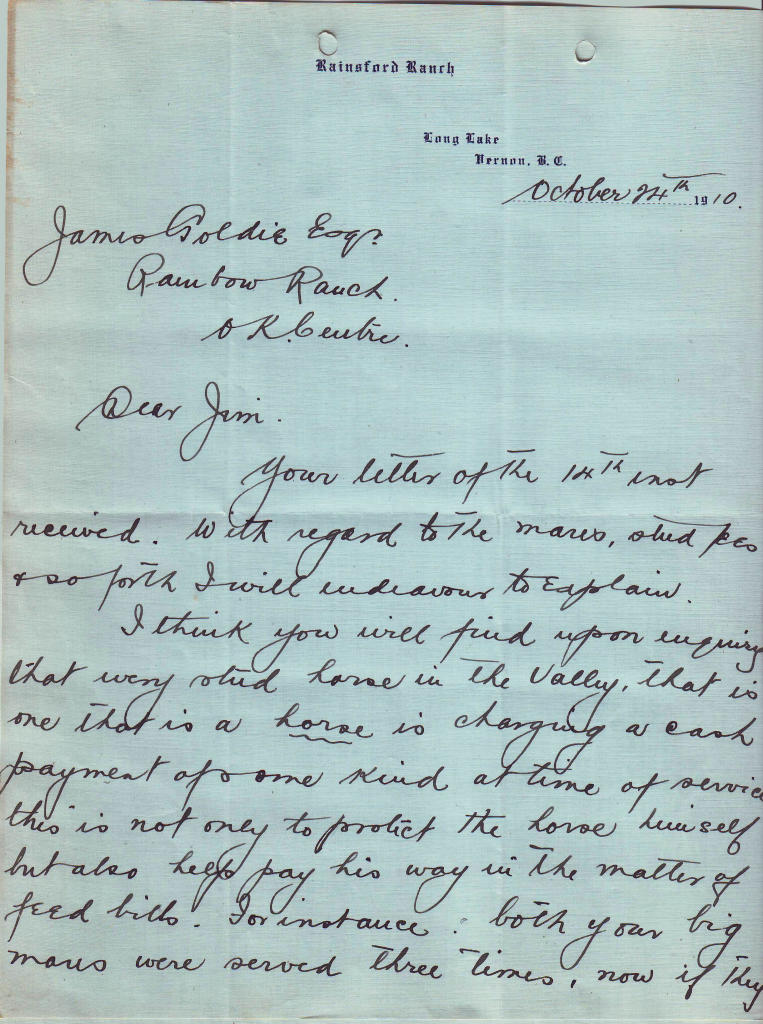 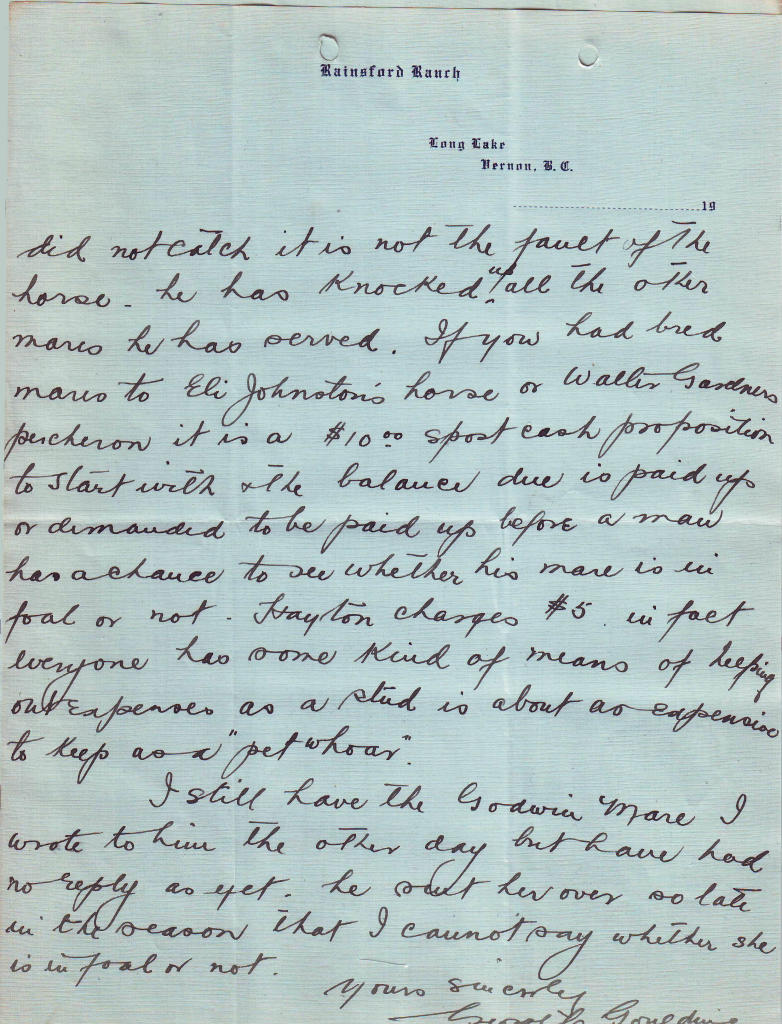