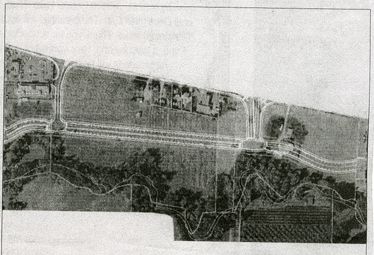 Adding the sewer line this year was not something the District had planned but when Winfield Plaza started to have trouble with their septic fields, and were considering using their own money to tie into the sewer system at the south end, the District saw an opportunity to go ahead and run the line from the IGA to the Plaza. By running the sewer line north, the Plaza can use gravity rather than pumps to move waste material through the pipe. The District has a 20-metre right-of-way running between Hill Street to the IGA and along a portion of Pollard Road. This land will eventually be Main Street with 15 metres from the top of the bank along Middle Vernon Creek for trails.

Winfield Plaza will pay as much as $91,000 in associated costs, while the District of Lake Country will pay $25,000 with money left over from grants which funded the Woodsdale sewer project.