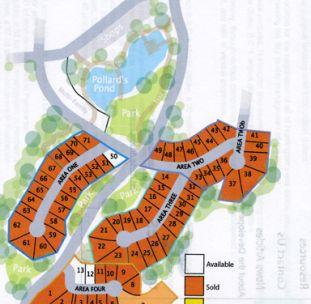 In January, 2002, The Ministry of Transportation and Highways gave their stamp of approval for R-6 low density cluster housing and commercial zoning in relation to the Pollard’s Pond development.

By 2004, the project was well underway. Mr. Derek Trethewey, owner of the Okanagan Land Development Corporation has been involved in many property acquisitions and development in various parts of British Columbia. The development moved steadily ahead and by mid 2004, all but three of the available lots were sold or had offers pending. Lot prices ranged from $89,900.00 to $699,900.00.

In addition to setting aside small portions of the development for parks, Mr. Trethewey also donated $500,000 to Lake Country for a Trethewey Family Water Park in 2004/2005.