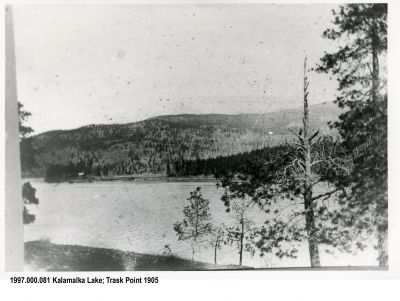 Egbert and Annie Trask were married in Nova Scotia in 1886 and moved to Yakima, Washington, where they operated a sheep ranch until moving to Wenatchee, Washington, a few years later to try fruit farming. In 1908, they moved to the Okanagan establishing an orchard in Oyama on the banks of Kalamalka Lake; they purchased the land from the late Samuel Young.

They called their home Iris Point (also known as Trask Point), but today it is the site of Kaloya Park. A commemorative plaque at the Park pays tribute to Annie Trask as the charter president of Kalamalka Women’s Institute in 1914.