At one time, the TC Ranch range land extended from what is now the Pier Mac gravel pit and Highway 97 on the east, to Okanagan College1 on the south, the Tutt Ranch on the west and Dry Valley Road on the north. The land upon which Quail Ridge now stands, was sold to Pier Mac Petroleum in 1984. The Carney family still owns, and TC branded cattle continue to graze on, 115 acres on the north side of Lockrem Road. 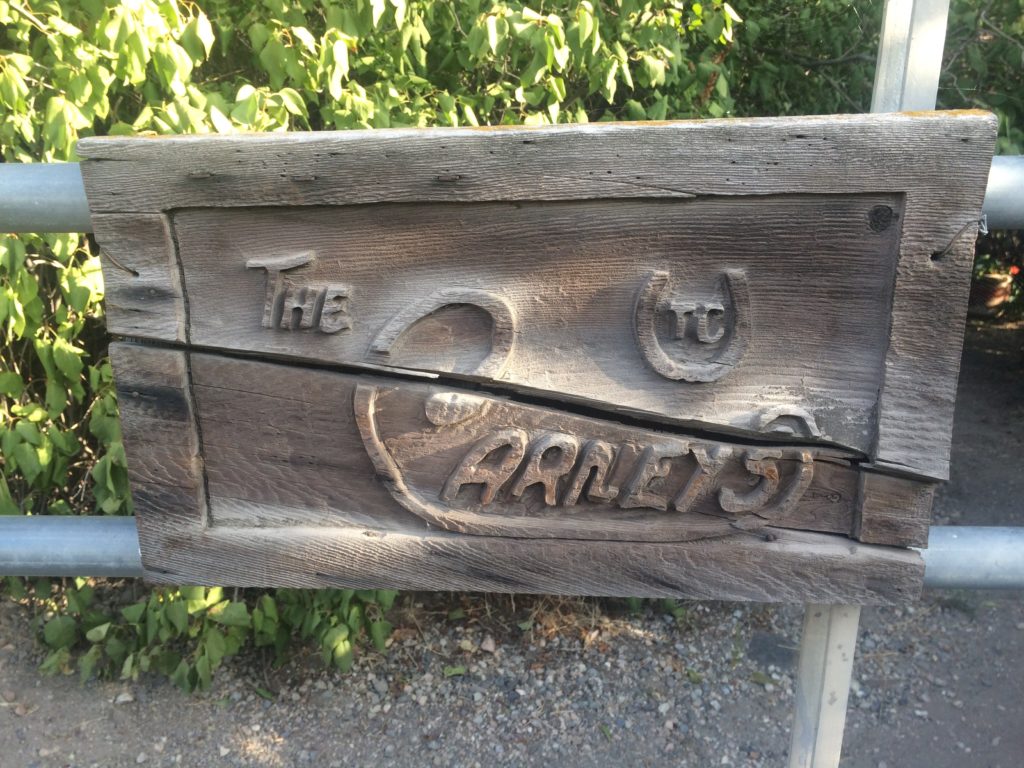 As one turns off Highway 97 onto Lockrem Road leading to the Quail Ridge community, the TC Ranch corral was on the left (the Quail Ridge well and pump house now stand on the site). The corral was built of hand-hewn logs from the property and was the focal point of spring branding. The TC brand was placed on the left ribs of the Aberdeen Angus cattle my father had brought in from Alberta in the thirties. There was a large tree in the middle of the corral and this tree was the saviour of many would-be cowboys when the riled Aberdeen Angus chased the roper around and around the tree! Old-timers (Bill Hereon, Lishe Monford, Alf Neid) were joined by newcomers, including cub scouts and boy scouts, at the annual branding.

Going west on Lockrem Road to the present Sales Office and Pro Shop, I rode my horse between sandy slopes with sunflowers, buttercups, shooting stars, soldier caps, yellow bells and sand roses on either side. The present fourteenth, fifteenth and sixteenth holes were once a fifty-acre asparagus patch owned by Mr. Hughes. Later it was put into orchard, then became an alfalfa field and most recently, a turf farm. A family of badger lived on the slope west of there. There were also deer, coyotes and quail in the area. Where the Pro Shop is now located was a haven for groundhogs. One of my favourite rides was through that area (being careful to avoid the groundhog burrows) and up the slope where the homesites will be, then through the draw to Dry Valley (Glenmore). This would be the vicinity of the tenth, eleventh and twelfth holes.

From the ridge above the twelfth hole, you can see McKay (Roberts) Lake and Okanagan Lake. Looking west, you see Goat Mountain and beyond that, Schlepppe’s Slough (now the Kelowna landfill). Along the west side of the ridge are the remains of the old cement flume that carried irrigation water to Glenmore. From the thirteenth hole, you look north to Duck Lake and Duck Mountain.2

This is Part Two of three parts of Reminiscences of Quail Ridge by Anne Carney Richards. It is published with the author’s permission.