Main Street: at the heart of our community  is the theme of 2015 Heritage Week in Canada.

This theme is very timely in Lake Country where the District is celebrating its 20th anniversary of incorporation. It seems fitting to present comments from the District of Lake Country’s first mayor, Bob McCoubrey, regarding the history and development of our Main Street.

The concept of a Town Centre in Winfield first surfaced around 1990. The provincial highways ministry had recently started to widen the highway from a two-lane road to a five-lane thoroughfare with sidewalks on both sides. Property acquisition for the new alignment resulted in the demolition of almost all commercial buildings along the highway. Three general stores, two cafe/restaurants, an electronics repair shop and one service station were lost in the stretch between Beaver Lake Road and Berry Road. Commercial services on the highway in Area A of the Central Okanagan Regional District (later to become known as the District of Lake Country when it incorporated in 1995) were decimated by the new highway.

It wasn’t long before developers of commercial space saw opportunity in the wake of the highway’s wave of demolition. A major project was proposed for the area north of Beaver Lake Road, on the east side of the highway, running down the slope to Middle Vernon Creek (the area currently occupied by Cooper’s Foods and Interior Savings Credit Union). The developer proposed a typical suburban strip mall, anchored by a “big box store” and accessed directly from the highway and from Beaver Lake Road. The visual impact from the highway was to be a large parking lot and a tall sign advertising the stores on the site.

The Area A Advisory Planning Commission (APC), a group of local residents appointed by the Area A Director on the Regional District Board to review development proposals, also saw an opportunity in the new interest that developers were showing in the area. Having recently watched so many local businesses demolished by highway expansion, they wondered if a new town centre could be established beside the highway, on a new street that would replace the business community that had been on the old two-lane highway as it had travelled through Winfield.

APC members had attended public information meetings that the highways ministry held in the Winfield Community Hall prior to widening the highway, and heard the strong sentiment from local residents, that they would have preferred the ministry to find a way to by-pass the centre of Winfield. They looked at nearby towns such as Peachland and Armstrong, where town centres had been by-passed, leaving functioning business districts that preserved the character of the towns. They looked for a way to give Winfield a town centre that local residents could call their own.

There was a general belief on the APC, that allowing another strip mall at the south end of Winfield would spell an end to the dream of a vibrant town centre, leaving Winfield as just another kilometre of “Harvey Avenue strip malls”, referring to Kelowna’s development of commercial malls almost uninterrupted from Gordon Avenue to McCurdy Road. The struggles that downtown Kelowna dealt with after commercial activity along the Harvey Avenue highway corridor seemed to suck the energy out of the downtown, suggested that it might take generations to restore a town centre in Area A (Lake Country), if the strip mall was allowed to proceed.

Public hearings and Regional Board considerations were put on hold until a Town Centre Plan could be developed presented to the public and eventually adopted. The plan, prepared by Gerry Tonn and his team of planners with the firm Urban Systems, would guide development in the area from Lodge Road at the North end to the “Welcome to Lake Country” sign at the south end; and from Bottom Wood Lake Road on the east to the Highway on the west. Both sides of the highway were included to ensure that new development on the highway would be compatible but not compete with uses contemplated in the new Town Centre. The public showed up in large numbers to participate in the plan’s development, and expressed broad support for the final version.

A major challenge for the implementation of the plan was the fact that most of the vacant land was in the Agricultural Land Reserve. Negotiations with the Land Commission were begun by the Regional District and completed by the District of Lake Country. The Commission agreed to allow parcels out of the Reserve, in the area surrounded by the highway, Berry Road, Bottom Wood Lake Road and Beaver Lake Road; while Lake Country agreed that it would not support requests for exclusion from the Reserve for properties outside of the Town Centre.

The incorporation of the District of Lake Country happened while the Towne Centre Plan was still under development, so the Regional District turned over the final approval of the Plan to Lake Country’s first Council. Development bylaws that had not received final approval before the incorporation date of May 5, 1995, could not be transferred to the new municipality, so the Regional Board made the difficult and unusual decision to reject the strip mall proposal at fourth reading, leaving the new Council to decide if development on the property should be required to conform to the Town Centre Plan once it was completed and adopted.

The concept was for a traditional Main Street to be located generally through the middle of the land between the highway and the creek, leaving room on both sides for buildings with commercial uses on the ground floor and residential and office space in 2-3 floors overhead. Parking would be encouraged under buildings or behind buildings on the highway side of Main Street. The idea was to create a Main Street that would welcome local residents to shop and do business in their own small town, provide enough residential housing to ensure the town centre remained vibrant after hours, and to be readily accessible from the highway, but only at major cross streets which the highways ministry had dictated must be no closer together than 800 metres apart. A public walkway, enhanced with public art, was to be developed along the top of the bank above the creek, providing safe pedestrian and bicycle access to the village, protecting the riparian areas of the creek, and enhancing opportunities for eating and drinking establishments on the east side of Main Street to develop patios that would capitalize on the natural amenities of the creek corridor.

Development along both sides the highway would be restricted to uses that cater to the needs of people and vehicles travelling along Highway 97. Town Centre users would be directed to Main Street, to avoid the need for residents to cross the highway to access the various commercial entities that are found in a town centre. The highways ministry’s edict that signalled intersections would be at least 800 m apart would have made vehicular movement across the highway inconvenient and would have made pedestrian movement dangerous.

Since its adoption by Lake Country Council, the Town Centre Plan has been slow to be implemented. Developers have been reluctant to buy into either the concept of Main Street with its back turned on the highway, or the concept of residential housing over commercial development. A major recession in 2008 hit just after Lake Country built Main Street and installed sewer lines to connect existing developments at the north and south ends of the new street. A major hurdle for Town Centre development has been the apparent reluctance of Lake Country residents to support local businesses to the extent that demand for Town Centre commercial space will encourage developers to “build the dream”. For almost a decade, Main Street has been little more than a well-appointed parking lot and walking trail.

However, the opportunity to create the community’s dream remains. Vacant, serviced and zoned land is ready whenever proposals come forward that comply with the Plan as it was supported by the citizens of Lake Country. Hopefully, councils now and in the future will have the courage of their citizens’ convictions to ensure that Lake Country’s Town Centre does not become just “another kilometre of Harvey Avenue.” 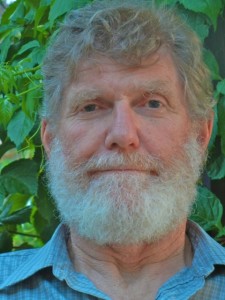 A copy of the unofficial Winfield Town Centre Concept Plan is available at the Lake Country Museum. To read a portion of the Plan — “A Vision for Winfield” (pp. 2-3), click here.

Currently there is a large building project bordering Lake Country’s Main Street and Highway 97. Two of the new tenants who are advertising are the Royal Bank and Shoppers’ Drug Mart. This development is slated to open in 2015. 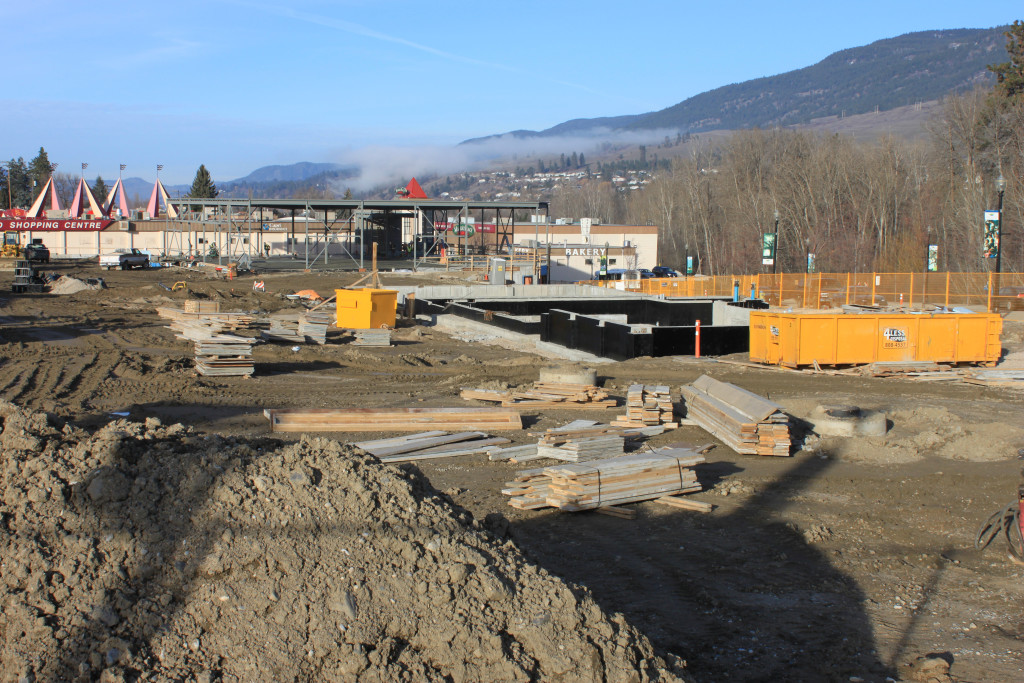