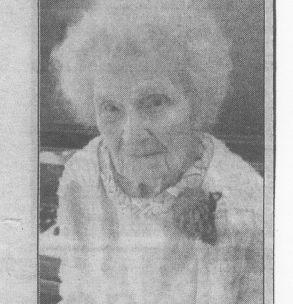 Willett Road was first established around 1947 and paved in 1968.

Earl and Minerva Willett were married in 1914. They moved around quite a lot before settling in Winfield in 1938 where they bought a lakeshore lot at the south end of Wood Lake for the incredible sum of $75. They purchased the lot from another well known pioneer, George Reiswig.

Lloyd Willett was an American artist, well known for his scenic paintings, one of which is a painting of the rocky mountains with an elk in the foreground and it had a prominent place in the Earl’s and Minerva’s bedroom. Earl was a house painter although his passion was painting realistic paintings of nature.