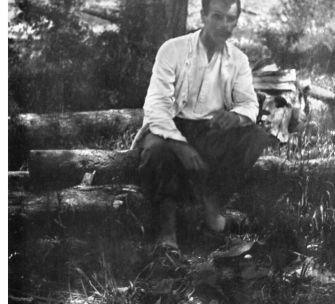 Wentworth Road, which was established in 1970, is situated between Toby and Maki Roads off Gable Road in the Carr’s Landing area of Lake Country. The road is named for the Wentworth family.

Cyril and Joe Wentworth immigrated to Canada from England in the early part of the 20th century. Cyril had trained as a surveyor and Joe was an electrician. In 1910, the Wentworths purchased property in Okanagan Centre from Northcote Caesar. They built a 12 ft. x 16 ft. cabin, and later a log house, that became the residence for the brothers and their sister, Winifred. In 1934 the main house was demolished and replaced by a more up-to-date style home. The original cabin was moved to another part of the property in 1982 and in 1998 it was moved again, this time to the Lake Country Museum in Okanagan Centre Park.

The Wentworth family remained in Okanagan Centre and became a part of the community. Winifred Wentworth taught in the school. Frederick Wentworth, a nephew, married Pamela Gibson, the daughter of an early pioneer George Middleton Gibson. Frederick and Pamela had two children, Michael and Rosemary (Carter), both of whom still live in Okanagan Centre.