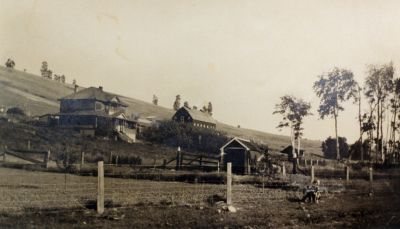 M. (Malcolm) P. (Parker) Williams purchased the old Thomas Wood property at the south end of Long (Kalamalka) Lake. He had some Kelowna builders tendering on the work of building a house. For many years the hill on which his house was built was referred to as M. P. Williams’ hill.

Williams raised sheep on his property for a time. He was also a church warden of the Parish of Woodsdale in the year 1921 when he was named as an agent of the church in the sale of some land.