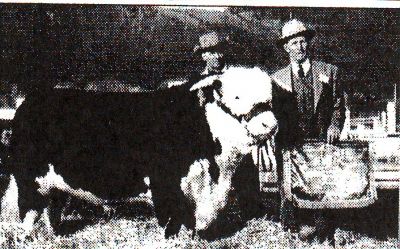 From the 1940s through to the late 1960s the cattle from the late Vern Ellison’s Kalwood Ranch in Oyama were recognized as among the best Herefords in the country. At its peak, the Kalwood herd included 200 registered cows calving on the ranch. In a newspaper clipping of the day chronicling the success of the Kalwood herd, owner Ellison always gave much of the credit to his herdsman, Harold Somerset.

The last year of showing Kalwood animals was 1969 when the main herd of Herefords was sold, as well as part of the ranch. The final dispersal sale was in 1973.