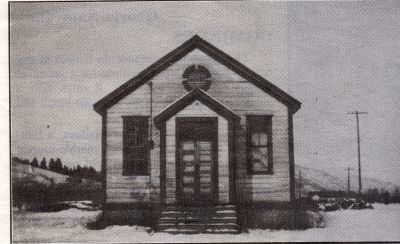 The first meeting of the Wood Lake School District (Winfield) was held at the home of James Pearcey in the summer of 1909. At this meeting a provincial board of trustees was elected, consisting of James Pearcey, Sherman Jones and J. W. Fowler. School was opened the following February in the small house owned by the Dacres, and later by James Owen.

A new school, Wood Lake Grades One to Eight, was built on the site of the first community hall. It was opened in the fall of 1910 and remained in use until 1921. In that year a committee consisting of M. P. Williams and W. R. Powley went to Victoria, and obtained from the Government a gift for the community of the land and the old school building.

The school was later enlarged and became the Community Hall.