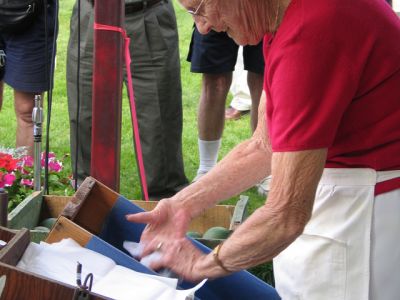 CentrePiece 2007, the first one after the total renovation of space and exhibits at the Lake Country Museum, had the theme of “A Century of Community” with the focus on the role of the Japanese pioneers. There were special exhibits, food and entertainment. The Japanese Consul General, Mr. Seichi Otsuka visited and made a speech in honour of the Japanese pioneers and the re-opening of the Museum. The entertainment included a demonstration by Bernice Gunn of apple wrapping and dancing and drumming by the group Yamamiko Taiko. Many descendents of the original Japanese pioneers travelled to attend.