This Heritage Marker, at the junction of Woodsdale and Lodge roads, is the third featured site along the Okanagan Rail Trail.1

The Thomas Wood Ranch dominated the flats at the south end of Pelmewash or Wood Lake until Wood retired to Victoria in 1903. He subdivided his land and sold it to numerous individuals, among them Malcolm Parker Williams. Williams’ Hanthorpe Ranch lay at the bottom of the road descending the hillside from Oyama and gave that road the local name “MP’s Hill.” The Museum has numerous photographs detailing the operations of the Hanthorpe Ranch. 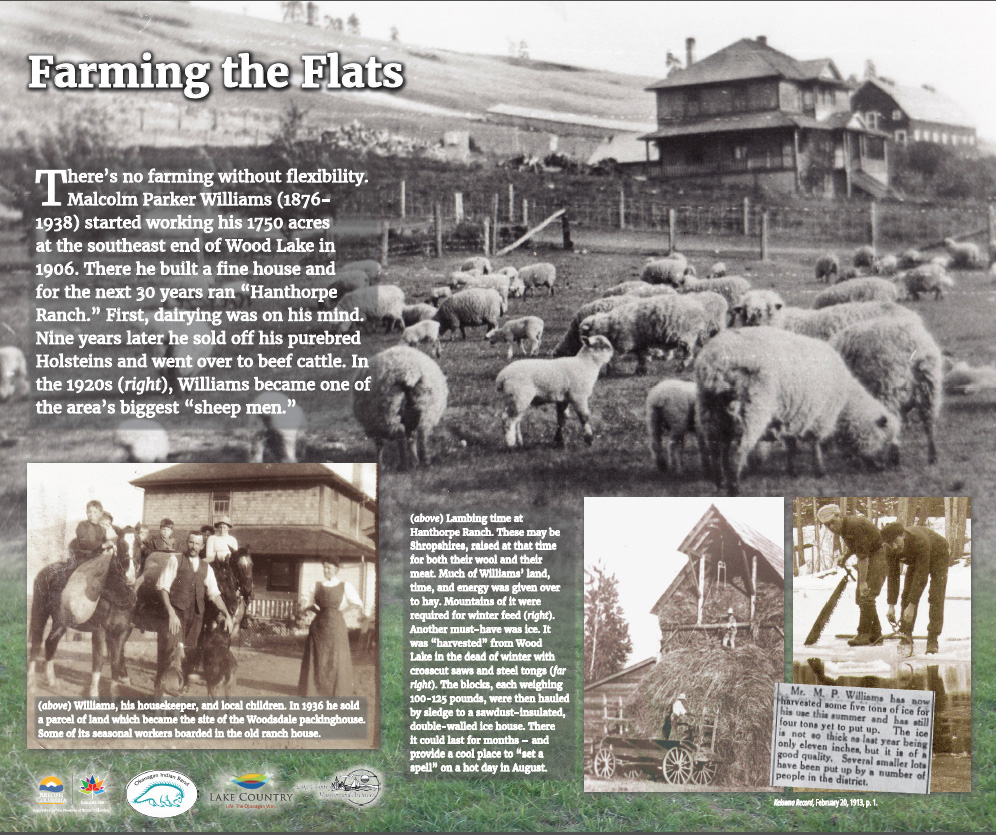 M.P. Williams was a bachelor who was active in his community. He was a member of the Anglican Church in Oyama and along with George Gibson, of Carr’s Landing, assembled a large collection of Okanagan arrowheads and other artifacts. Unfortunately, most of this collection ended up in other repositories. Williams died in 1938.  His home later housed some of the itinerant female workers employed by the Woodsdale Packinghouse.

The second panel features the Vernon Fruit Union (VFU) packinghouse2 that occupied the land along the Canadian National Railway (CNR) tracks, where the tennis courts sit today. This Woodsdale plant was constructed in 1936. In 1940, a by-products plant was added adjacent to the Woodsdale plant in order to process McIntosh Red apples into apple juice. In 1944, the VFU built an additional plant in Oyama and in 1948 another plant further south along the tracks in Winfield.

The juice plant burned down in 1960 but the Woodsdale packinghouse was saved. Fire destroyed the Winfield packinghouse in February 1964 and in its place the VFU built a modern, concrete building. Throughout the 1970s the VFU packed fruit in Vernon, Oyama, Woodsdale and Winfield and had cold storage facilities in all of these locations. But the packing equipment was old and inefficient and the VFU decided to purchase and install one modern packing line utilizing pre-grade, pre-size technology. The new Winfield plant was the only building large enough to house the new equipment. By September 1980, the new line was in operation and the Woodsdale plant’s packing operations were shifted to the Winfield plant. The Woodsdale building continued to be used for controlled atmosphere storage and for storing fertilizer and spray products until it burned down on March 8, 1993. 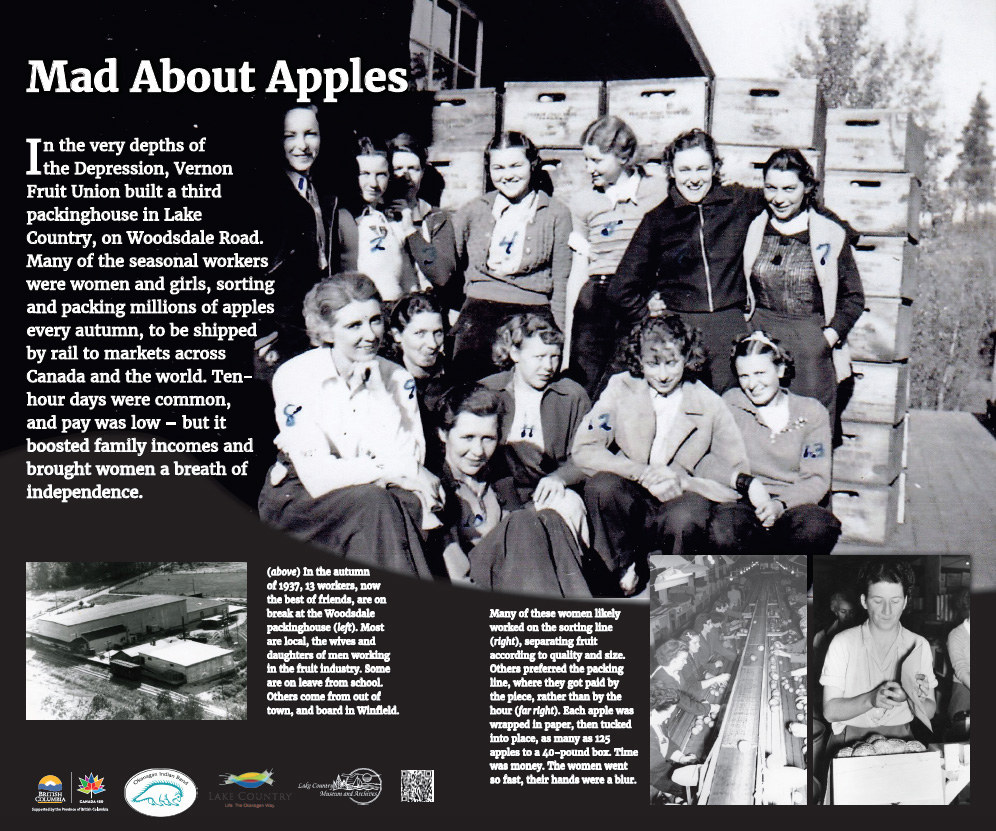 1 As noted earlier, this project which was designed by Don McNair and prepared by the Lake Country Museum and Archives, is supported by the Province of British Columbia through the British Columbia | Canada 150: Celebrating B.C. Communities and their Contributions to Canada grant program. Earlier blog posts about these heritage markers are available on this website: