This post concludes the Camp Kopje reminiscences by Douglas Broome.

“Back to camp. The buildings went down the  bay from the Panabode. The beach was clear the entire distance, edged by a 20 foot wide green area of bushes, pines, and deciduous trees  through whose whole length ran clear paths edged by white-painted stones the cabins separated by 50 feet or so. Next to the Panabode was a 1900 barn with of interlocking logs and clay caulking, home to art supplies. South of that was an arts and crafts area centering around an old large chicken coop which also served as a marionette and puppet show theatre. Near this by the orchard was the archery range, and then the three main residential cabins well separated, each with their privy. Close to the main house was a clay tennis court. 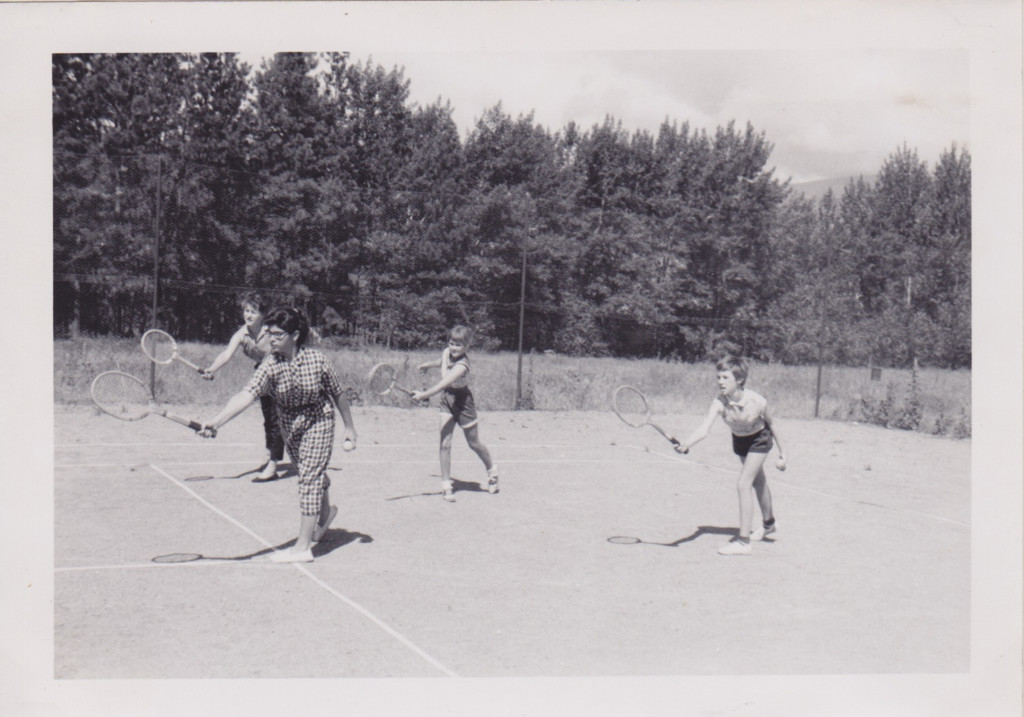 Grasshoppers chirped in the orchard and chipmunks (no squirrels) scampered. Trout came swimming by the docks but we mainly caught minnows.  My favourite boat was the single seat kayak and I always wanted to paddle across the lake to Fintry’s but got yelled at when I went beyond the little island with its cactus. Voices carried far. In the canoe though we could paddle the five miles to the Okanagan Centre hamlet and hit its store to get ice cream bars. But when it came to paying we had nothing to offer. Broke. But Mr Marshall gave us the bars, and none ever tasted better.

We could disappear walking around the southern point  where the beach narrowed to a path next to 40 foot clay bluffs that were technically out of bounds but quite climbable and I really wanted to find a cave. 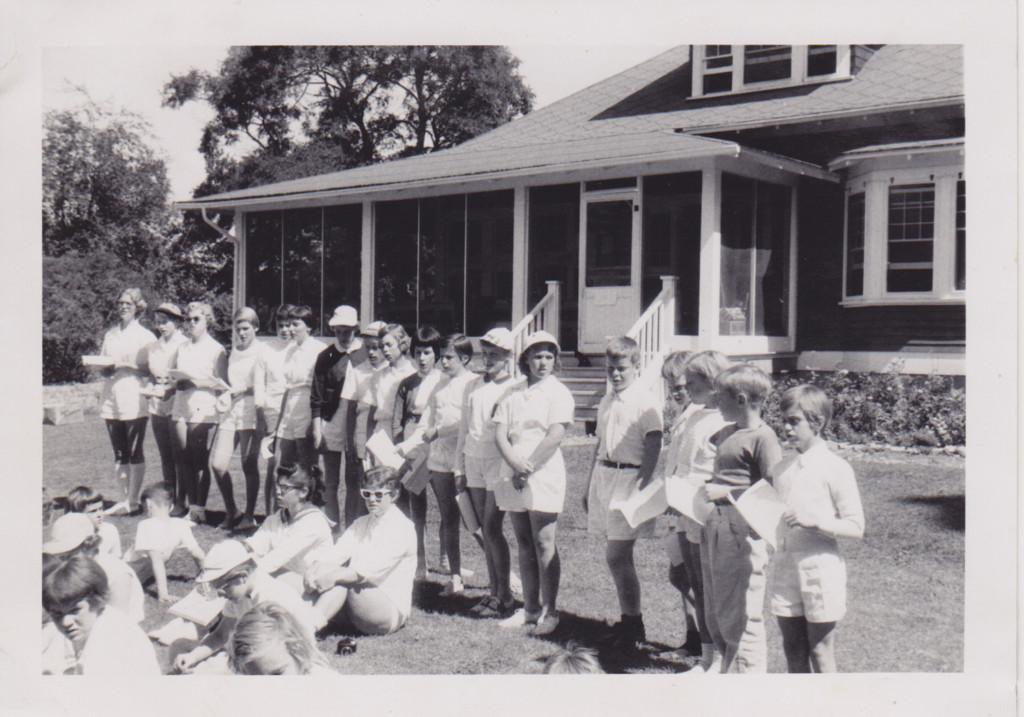 Summer after summer unfolded beautifully, my twelve Kopje summers the happiest time of my life, the place of peace that remains. Year after year the same girls came, and gradually one stood out to me, the beautiful and perfect Peggy Murray of Creston. And so at the tragically early age of thirteen the grand adventure of the four boys at the girls’ camp came to an end and I found myself at Elphinstone, which was OK but not Kopje. I never did get to talk to Peggy Murray much but we wrote back and forth, her at Kopje, me at Elphinstone. We’re still friends.

After breaking her arm demonstrating proper high jumping technique to campers in 1964 my mother closed Kopje as a girls camp, an announcement that shocked many moms at York House, Crofton House, and Strathcona schools. But these daughters of the establishment got replaced with something grittier, young offenders, as camp was leased to the Youth Resources Society, a peaceful place for troubled teens to go and grow and heal.

Youth Resources winterized the cabins and built a huge Panabode activity centre by the barn with classrooms and an industrial kitchen.”

This article was presented in three parts on this blog. This is Part 3, and concludes the article.