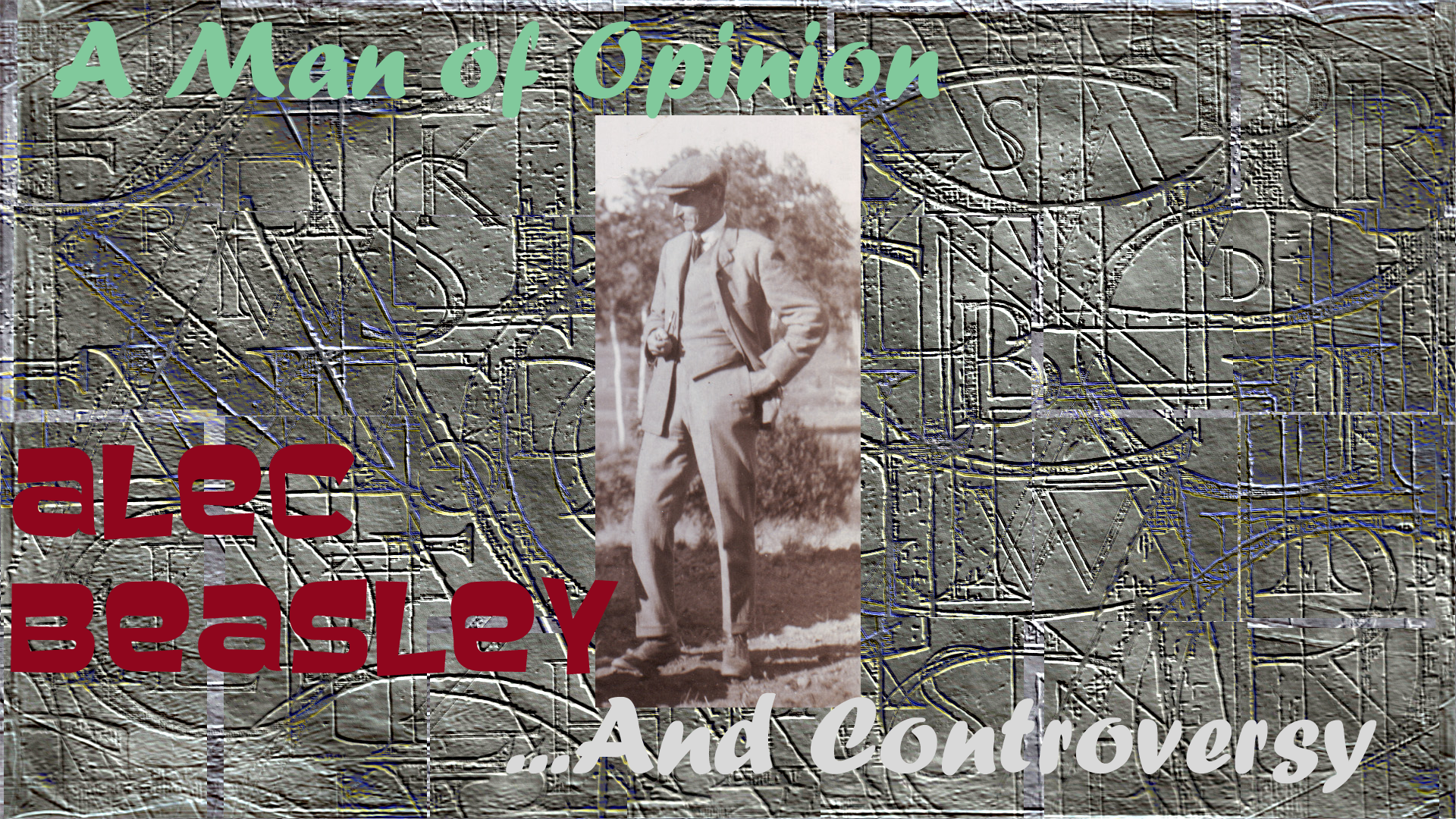 Most people know Alec Beasley through his donation of Beasley Park. However, Alec was also a prolific letter-to-the-editor writer. He wrote to many newspapers, sending over 1000 letters. Immersing himself into controversy, no subject was too edgy for him, including nuclear disarmament. On this particular topic he quoted someone as saying: “Minister Macmillan and President Kennedy ‘are the wickedest people who ever lived. Much more wicked than Hitler’ and ‘it is our duty to do what we can against them.’” Alec wrote to newspapers all over the world, and his name was commonly known from Vancouver to Toronto. His philosophies generally clashed with others’ opinions. His personal life was strange – he lived with his wife and sister in a very modest house with no foundation, cupboards, bath tub, or any modern appliance such as refrigerator.

Alec had 6 siblings: John, Barbra, Douglas, Ray, Connie, and Mollie. Alec’s father John purchased land in Oyama in 1914 and preceded the move of the family with John and Douglas. Alec was 13 when he arrived in Oyama. Within one year of moving, Alec’s brothers John and Ray had passed away. John fell through the ice on Wood Lake and drowned; he was trying to make it on skates to a concert at Oyama School. Ray died of a ruptured appendix. Later, Mollie died of Hodgkin’s disease, lymphoma.

By the late 1940s, Alec sold eggs commercially. After working on a farm for 74 years, Alec and Connie, his spinster sister, moved to Penticton. The Central Okanagan Regional District purchased the farm property including the 1000 feet of Beasley Park shoreline for a park. Originally Alec was going to donate the property, but he was obliged to sell the land to buy out an English relative who had come to visit. The price, a modest $500,000, was much below market value. Regional Director James Baker was closely involved with the transaction.