Oyama High School, under the leadership of coach Clause Bissell, had a great record on the soccer pitch. Their greatest rival was the Mackie Prep School in the Coldstream and in 1943 the Oyama team was victorious, winning the prestigious Silver Pheasants trophy for North Okanagan junior boys soccer supremacy. A few years later this group won the Okanagan Valley senior boys championship. 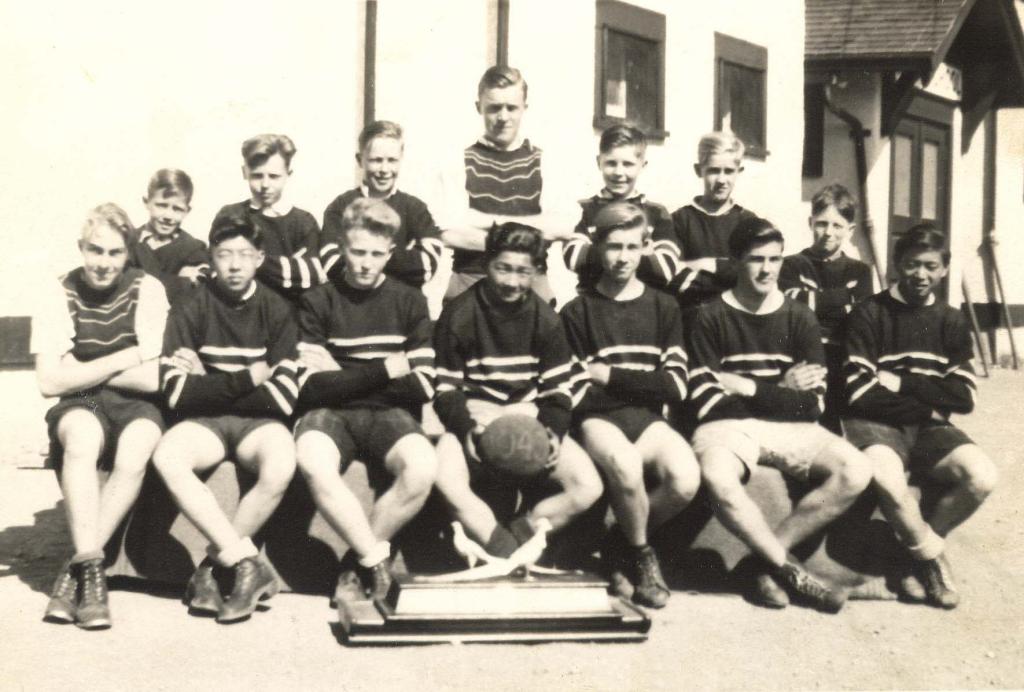 A number of the boys were from Winfield (Shishido, Offerdahl, Arnold, Koyama and Taiji). Sus Taiji remembers a number of the Winfield boys riding their bicycles to school which would have kept them ion good shape.

Whatever happened to the Silver Pheasants trophy? Harley Smith thinks it was displayed at the closing ceremony of the Oyama School. The Lake Country Museum would like to acquire it for its historical value.