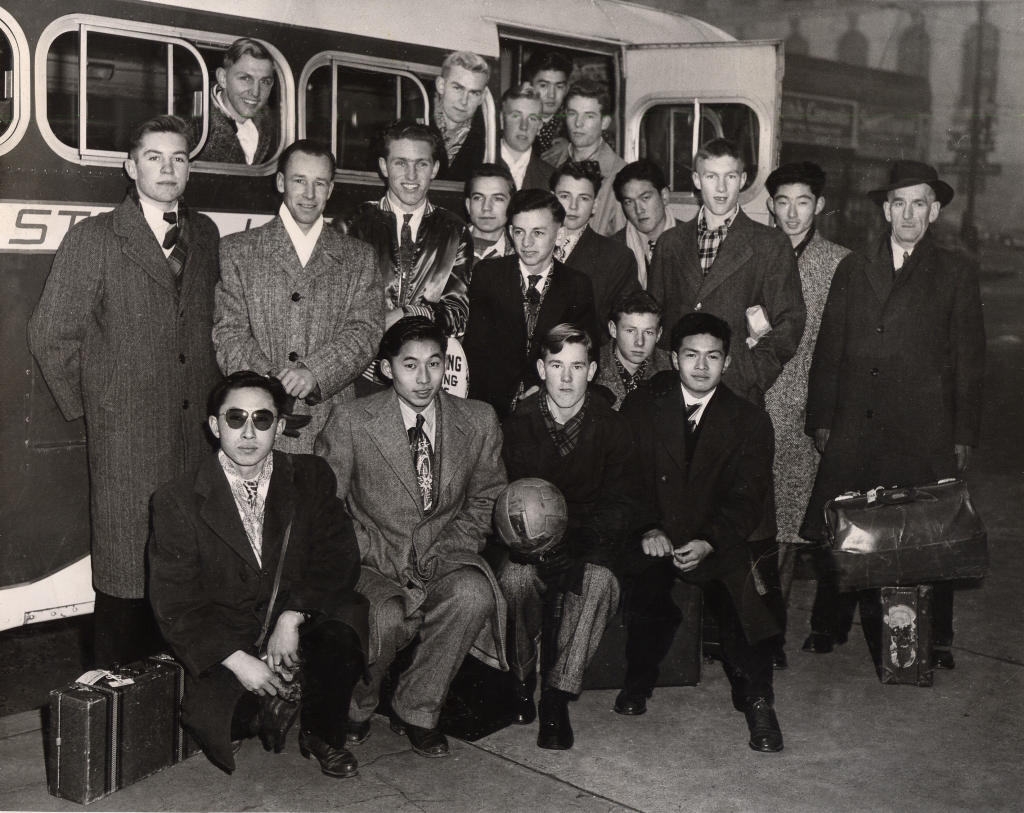 Soccer was a popular sport in the Central Okanagan while Claude Bissell was teacher and coach, first at Oyama High School and later in Rutland. This photograph of the Okanagan Zone Soccer Champions shows the Rutland team about to leave by bus for Penticton where they caught the overnight train to Vancouver.  There they would play in the 1949 provincial championships.

Numerous Oyama boys played on this team and some of you will recognize others from Rutland. These young men are L to R:

Note that the second generation Japanese Canadian boys were well represented in Rutland in 1949 as they were in Oyama in 1943.